The Department for Transport is considering raising the weight threshold for light commercial vehicles from 3.5 tonnes to 4.25 tonnes to offset their heavier drivetrains, in turn making them more cost-effective to operate. 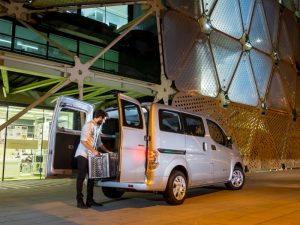 Electric vans have a GVW compromise, due to the weight of the batteries.

A consultation is now under way, which would enable battery electric, range-extended electric, plug-in hybrid, hydrogen fuel cell or natural gas powered vehicles to be classed under Category N1 even if they exceed the 3.5-tonne gross weight.

In turn, this would enable them to be driven on a Category B (car) driving licence, rather than requiring a C1 licence – which the Department for Transport said can add £1,200 per driver. It said the change recognises that alternative fuel commercial vehicles under 4.25 tonnes are no more difficult to drive than petrol or diesel models under the 3.5-tonne limit.

The changes would also remove a loophole which means these vehicles are also not required to go through annual roadworthiness checks, the same as cars, if they are over 3.5 tonnes. An exemption will remain in place for milk floats, which were not subject to type approval requirements prior to 2014, and for electric goods vehicles first registered before the 1st March 2015.