Parcel delivery giant DPD is planning to go “totally green” on deliveries within 25 of the largest towns and cities in the UK by 2025. 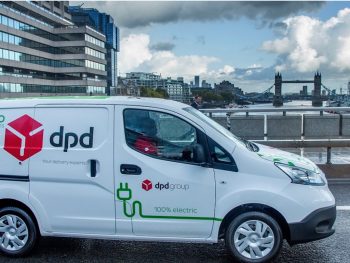 The business already has some 700 electric vehicles on the roads – up from around 130 at the start of the year – which it says is the biggest, greenest delivery fleet in the UK.

The next stage of its plan will see it drastically slash emissions with eco deliveries in towns and cities ranging from Birmingham to Stoke-on-Trent.

The initiative is part of a Europe-wide drive for eco deliveries by DPDgroup involving 225 cities in 20 countries, and is based on a delivery model trialled in many cities, including London, and based around micro and urban depots to overhaul last-mile deliveries.

In total, it will mean more than 260 million parcels or 17% of the group’s volumes will be delivered by zero or low-emission vehicles by the end of 2025, with CO2 emissions decreasing by 89% and pollutants by 80%, compared to 2020, in the targeted towns and cities.

Various vehicles will be deployed to meet needs as required. In the UK, DPD already has over 700 EVs including MAN eTGE, Nissan eNV-200 and 7.5t Fuso eCanters. But it’s also working with a series of new suppliers to help develop the next generation of EVs. Following the launch of the P1 electric assist cargo bike last year, DPD has extended its partnership with Oxford-based manufacturer EAV to create another unique new vehicle. It’s also been involved in trials with LEVC for the new VN5 and the Vauxhall e-Vivaro.

Dwain McDonald, DPD’s CEO, commented: “We were among the first to put our hands up and acknowledge our part in climate change issues and since then we have put our hand in our pocket and started investing in the solution!

“We know from what we have done in central London that this model works, and we know that shippers and shoppers both love seeing parcels delivered green.”