DS Automobiles has taken the wraps off its DS 9 plug-in hybrid executive saloon, which will bring a rival to established German models from later this year. 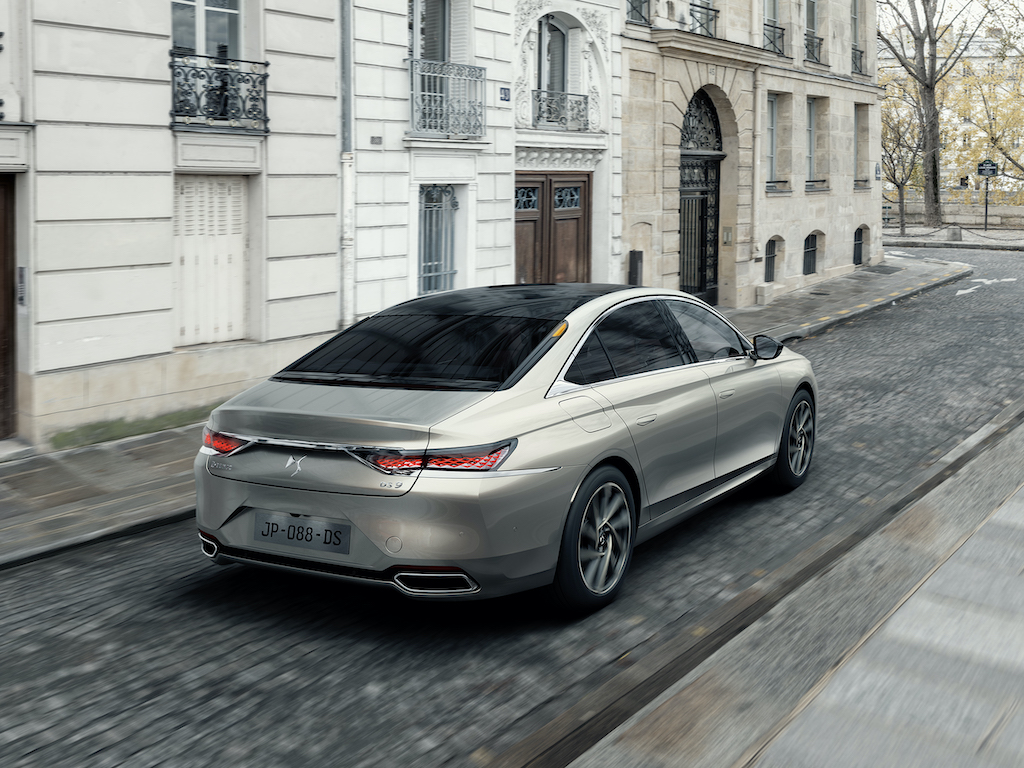 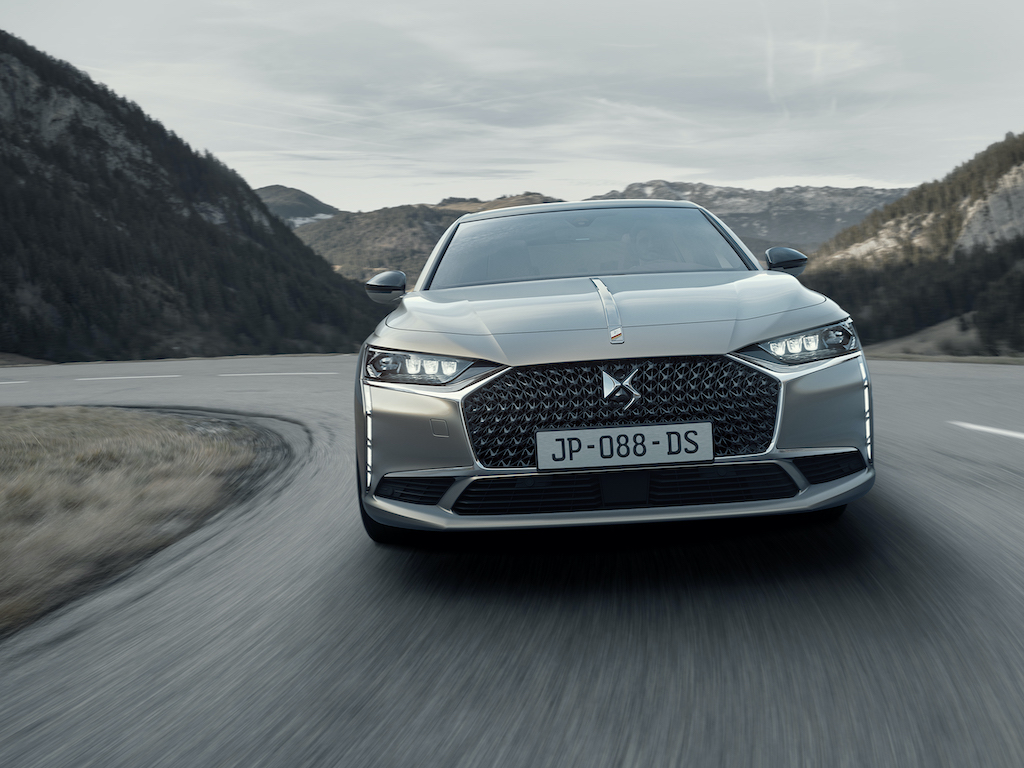 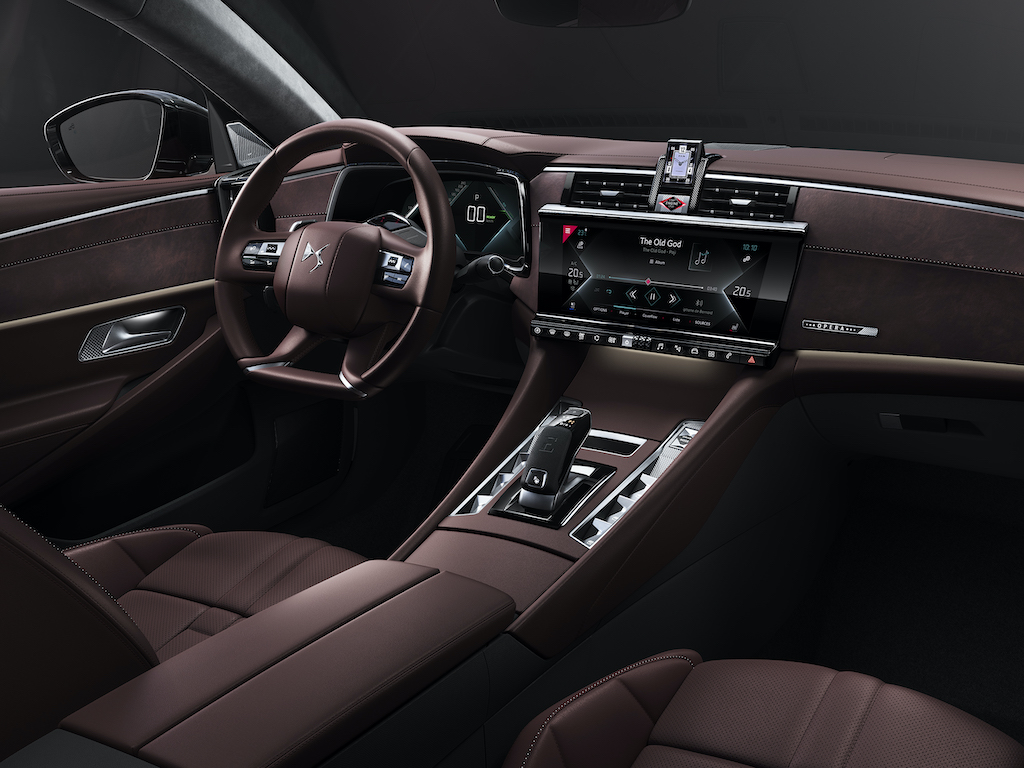 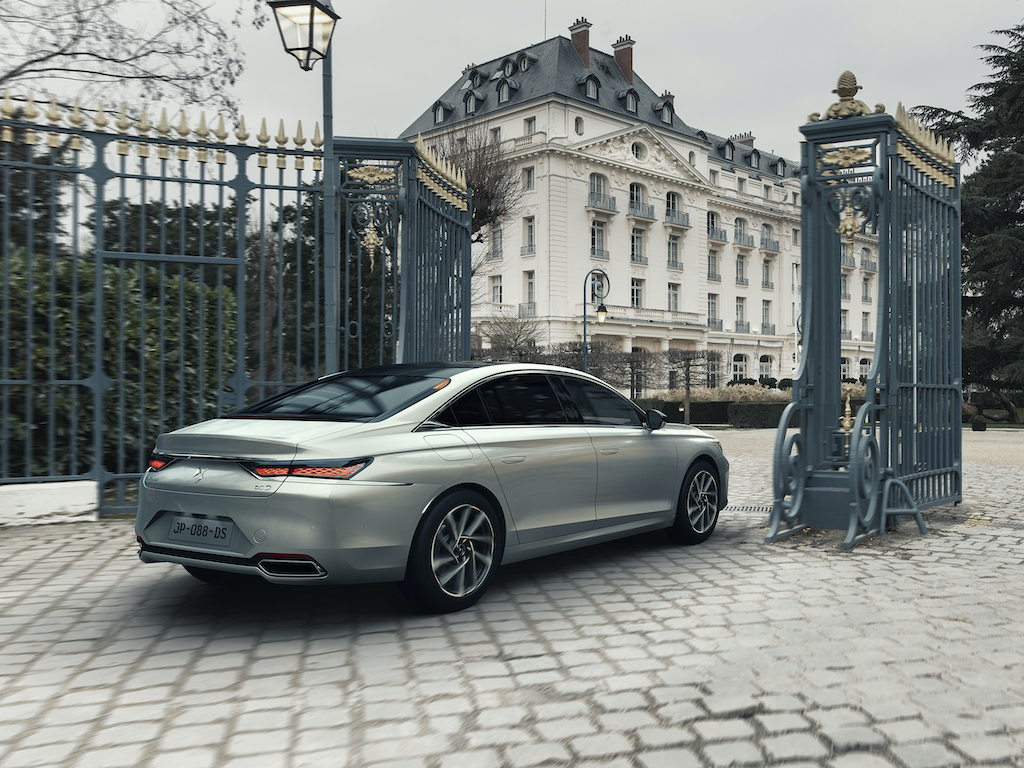 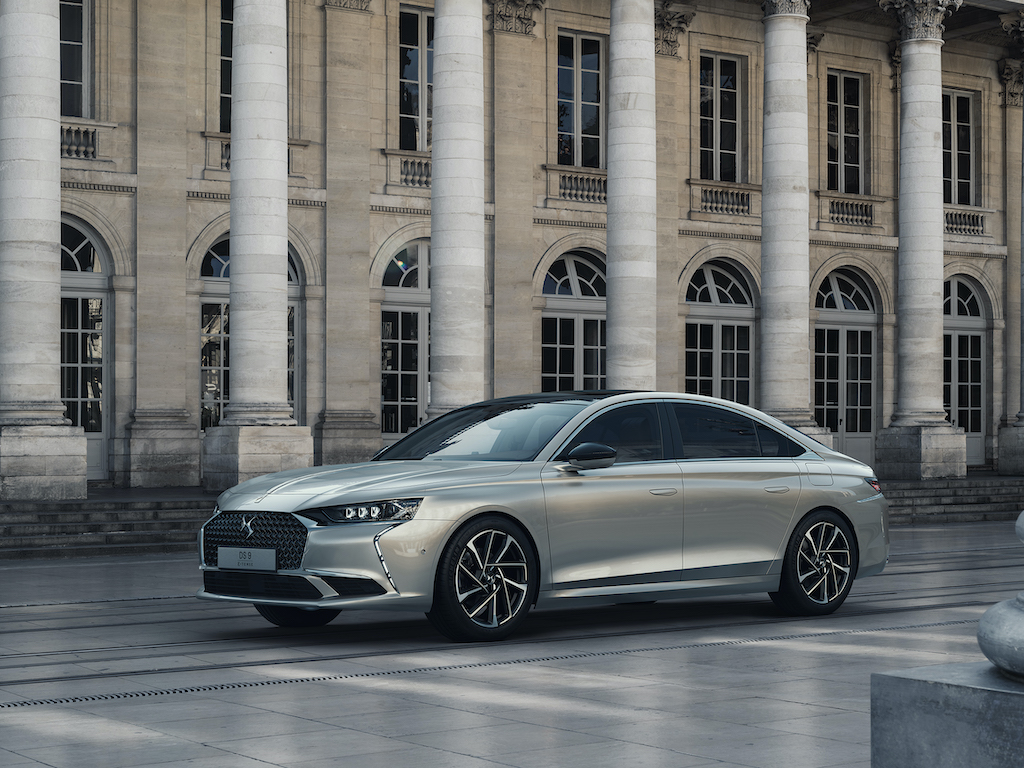 Developed for a global audience, including in China, the DS 9 is built on a new version of Groupe PSA’s EMP2 (Efficient Modular Platform 2) architecture featuring a longer wheelbase to offer increased rear passenger space. It’s roughly the same size as a BMW 5 Series or Mercedes-Benz E-Class.

Its flamboyant French styling is expected to be a key selling point compared to its rivals and carries over the DS Automobiles design language, including the DS wings. It also pays homage to the original 1955 DS saloon, with cone shapes used to house brand-new tail lights.

The focus on French luxury is carried over to the interior, which employs the DS Lounge concept, including quality materials, a dashboard covered in Nappa leather, crystal-shaped touch-sensitive buttons and Alcantara covering for the roof lining and the sun visors.

Personalisation options are also offered through the ‘DS Inspirations’ interior themes, each named after famous quarters in Paris and culminating in the range-topping DS Inspiration Opéra with Art Rubis leather and adjustable, multi-coloured ambient lighting.

Engine line-up initially brings the E-Tense 225hp plug-in hybrid powertrain seen in the DS 7 Crossback and offering an electric-only range of 25-31 miles (40-50km) thanks to its 11.9kWh battery.

This will be joined shortly after by two more E-Tense plug-in hybrids; a 250hp two-wheel drive – part of the launch line-up in China – and a 360hp with intelligent four-wheel drive.

A 225hp petrol-only engine model will also be available. All models are equipped with an eight-speed automatic gearbox.

Technologies include Active Scan suspension, which uses a camera, level sensors, accelerometers and drivetrain sensors to check road conditions and react accordingly; the brand says the suspension “combines the hushed comfort of a prestigious saloon with the dynamics of a Grand Touring coupé”.

It will also offer Level 2 semi-autonomous driving features, including active lane keeping, which operates at speeds up to 111mph (180km/h), adaptive cruise control and Park Pilot.

The DS Safety package will bring together six major functions, including Night Vision technologies using an infrared camera to detect pedestrians, cyclists and animals on the carriageway up to 100 metres ahead, plus driver attention and blind spot monitoring, automatic emergency braking and extended traffic sign recognition.

Sales start in the second half of 2020, with pricing and specifications to be announced closer to the time.

Previous: Renault and Ferrovial extend electric car-sharing scheme to Paris
Next: One in five vehicles at Gloucestershire Police now electric