Dyson is planning to invest £200m in a “world-class vehicle testing campus” as it pushes ahead with plans to launch an electric vehicle in 2020. 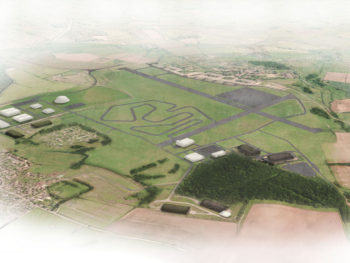 The British technology company best known for its vacuum cleaners announced last year that it had started work on a battery electric vehicle due by 2020.

Founder Sir James Dyson said he’d first become interested in finding solutions to air quality issues in 1988 after US research linked the exhaust from diesel engines to premature death in laboratory mice and rats. Work started on a Dyson diesel exhaust capture system in the 1990s but the project was shelved due to lack of interest.

Details on the electric vehicle itself are yet to be revealed but the firm announced last year that it already deployed a team of more than 400 people on the project, combining Dyson engineers with individuals from the automotive industry, and based at the former Hullavington Airfield, in Wiltshire, where it has already restored two 1938 hangars.

Now, the firm has said it will submit a planning application for further building development work at Hullavington, increasing the total site investment up to £200m.

The planning application includes more than 10 miles of vehicle test tracks for vehicle development and verification, including a fast road route and off road route.

The plans also outline 45,000sqm of new development space, which could accommodate over 2,000 people as well as a café, sports centre, recreation space and supporting technical facilities.

Jim Rowan, Dyson, CEO, said: “Our growing automotive team is now working from Dyson’s state-of-the-art hangars at Hullavington Airfield. It will quickly become a world-class vehicle testing campus where we hope to invest £200m, creating more high-skilled jobs for Britain. We are now firmly focused on the next stage of our automotive project strengthening our credentials as a global research and development organisation.”