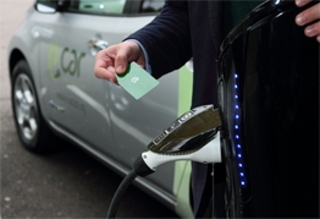 The company is already set to imminently quadruple its fleet from 15 to 60 vehicles in less than a year – including 23 Renault ZOEs, 5 Nissan LEAFs and seven Renault Kangoo ZE vans – saving the company 20% on its monthly payments.

A further 50 vehicles are to be deployed within the next six months and E-Car Club, which currently has six locations across London and the South East of England, also has plans to introduce light commercial vehicles (LCVs) into locations where there is demand, using its preferred manufacturers and models – Renault Kangoo ZEs and Nissan eNV200s.

Christopher Morris, co-founder of E-Car Club, said: ‘It’s been so refreshing to be supported by Alphabet in our EV expansion. In the past, we had to fight battles with leasing companies to build a business case for electric vehicles. Yet, with Alphabet, the process is effortless, because their e-Mobility team are experts and understand what we want to achieve. In fact, we are saving 20% on monthly payments compared to what we previously had in place.’

Nick Butler, head of intermediaries & wholesale funding at Alphabet, added: ‘We look forward to working closely with E-Car Club as their business continues to grow.’