By Alex Grant / 6 years ago / New Cars, Road Tests / No Comments
Against the backdrop of an increasingly crowded premium sector, Lexus has put considerable effort into carving out its own identity over the last two years and the NX crossover is perhaps the best illustration of the brand as it is today. 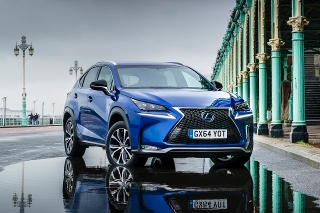 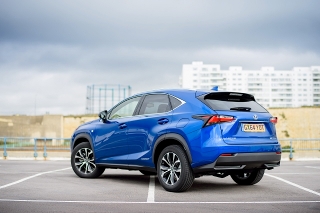 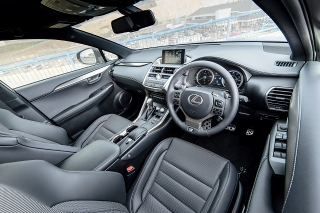 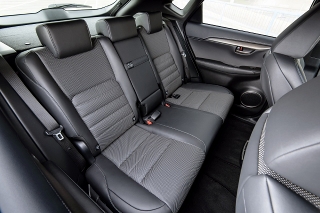 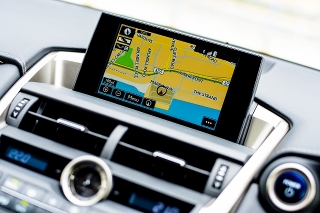 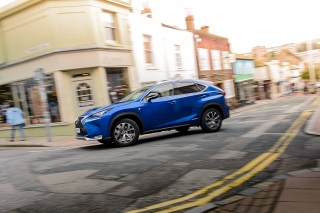 Some might call it fussy, but it’s hard to overlook the NX as a statement in style. Lexus had hinted at bodywork fractured like a broken mirror with the LF-NX concept car, and though the production reality is toned down (a good thing, I’d argue) it’s unlike anything else on the roads.

Muscular, sporty, modern and distinctively non-German with it, the NX might be divisive but emotional appeal is what drives the crossover sector and those who rate the details Lexus has incorporated here will adore the statement this makes.

There’s equal evidence of attention to detail inside, where the NX manages to pull that exterior styling into the layout of the dashboard without making it overly complicated. The spindle grille is reflected in the centre console, which groups key functions in a surprisingly logical way, and for the most part it’s as soft to the touch as any European premium car.

Details such as the touch-operated interior lights which also illuminate as you approach the car, and the wireless smartphone charger in the centre console show Lexus has really made an effort with the premium feel of the NX. The odd cubby hole in front of the armrest with a small mirror on the inside of its lid is slightly less logical, though.

It’s comfortable, too. The front seats, trimmed in plush and wrinkle-free leather, are figure-hugging and perfectly supportive for long trips and the rear seats offer more leg and headroom than the roofline might suggest. Fold the rear bench and it gives a very wide, very flat load area from the bottom of the tailgate, albeit with a higher than normal floor due to the battery and motor underneath.

That’s the start of Lexus’s next defining feature. Last year, 97% of its UK sales featured a hybrid drivetrain and the majority of NX customers are likely to follow suit. It’s a similar drivetrain to the 300h versions of the IS and GS, offered here with front or four-wheel drive depending on the trim level, and CO2 emissions are roughly equivalent to a diesel engine.

Most versions use the four-wheel drive setup, though, and even this is unusual. There’s no mechanical connection between its axles – instead, the NX has an additional motor for traction on slippery surfaces, which means there’s only a small loss of fuel efficiency. At 54.3mpg, it’s only 1.2mpg less efficient than the front-wheel drive version.

The downside is, hybrid drivetrains remain an acquired taste. Used gently, the system rewards with sublime refinement and an engine so quiet it could almost be assumed that this has a long electric range. Fuel economy around town, where it can make the most use of the electric motor, is impressive.

Motorway trips aren’t its forte though. That’s not to say it lacks power or feels rough when it gets to high speeds, but accelerating on slip roads reveals that familiar groan from the engine, irrelative to the speed of the car, as the continuously variable transmission winds it up to provide full power. Drivers used to diesel engines and modern automatic or dual-clutch transmissions will find it’s an adjustment, and getting over 40mpg takes a very steady right foot.

But perhaps that’s not the point. The NX satisfies as a premium driving experience and with competitive pricing contributing to very reasonable tax liability, it has the ingredients of a desirable company car for those wanting a break from German brand conservatism. Something Lexus has become very good at in recent years.

Striking to look at, beautifully refined and very comfortable, the NX offers an avant-garde option in a segment where styling counts for a lot. But there’s art to getting the most out of the drivetrain, and on-road performance isn’t quite as brisk as its power output might suggest.

Previous: Salford City Council gets free loan of Nissan LEAF for a year
Next: E-Car Club gets set to deploy 60th vehicle