Engenie to rebrand as Osprey in Autumn

Engenie has announced plans to re-name to Osprey, as it gears up for anticipated expansion and demand of the burgeoning EV market. 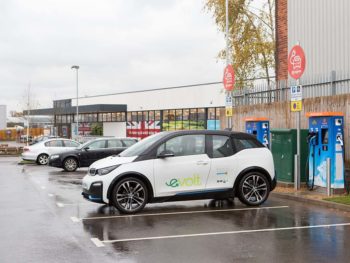 Engenie, which runs one of the UK’s largest rapid electric vehicle (EV) charging networks, has formally started the process of changing the company’s name, which will take several months to complete.

The process is due to be completed in Autumn this year, when drivers can expect to see the new name and logo on chargepoints.

From now until Autumn, the company will continue to operate as Engenie. Customers do not need to do anything and will be fully informed of the official name-change in Autumn.

Ian Johnston, CEO of Engenie, said, “We are at an inflection point – not just as a company but as an industry. Osprey – which evokes feelings of power, speed and clean air – provides a straightforward, recognisable name which encapsulates our long-held values of simple, open-access charging as we become the user-focussed network of choice.”

The announcement follows a year of rapid growth for the rapid charging network, which has seen its network grow to over 150 rapid EV charge points across more than 110 locations. New limits on public transport aimed at minimising the spread of COVID-19 are expected to lead to an extra one million cars on UK roads. This, coupled with a host of new government EV incentives, such as a possible £6,000 scrappage scheme for EV buyers, means that demand for EVs is anticipated to increase, and in May this year EVs accounted for 21.5% of all new car registrations.