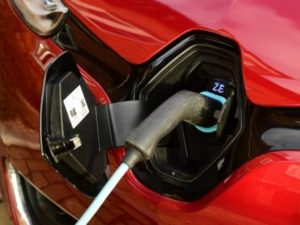 The UK has the fourth-largest charging network in the EU, according to ACEA.

The European Parliament’s Committees on industry (ITRE) and transport (TRAN) will vote on the Commission’s proposal for car and van CO2 target beyond 2021 on July 10. This is expected to introduce a 30% reduction on the 95g/km 2020/21 target by 2030, though some MEPs have proposed a 50% cut.

But ACEA has warned that this will require much greater emphasis on electric vehicle sales, in turn requiring dense charging infrastructure. It said CO2 legislation must recognise this dependence, or the targets won’t be met.

According to the organisation, although there are 100,000 charging points across the EU, 76% of them are spread across four countries (the Netherlands, Germany, France and the UK), and two million will be needed by 2025, based on European Commission estimates. Reaching a 50% CO2 cut would require 700,000 new charging points every year, to reach 8.4m units by 2030.

ACEA Secretary General, Erik Jonnaert, said: “All 28 member states must urgently step up their efforts to ensure an EU-wide network of recharging and refueling infrastructure. Without this, consumers will never be convinced to make the switch to electrically-chargeable cars on a large scale. We need to be able to show our customers that the infrastructure availability matches their expectations to be able to travel without anxiety.”

As yet, it’s unclear how future CO2 targets will relate to the UK. But Tom Callow, director of strategy at Chargemaster, which operates the country’s largest public charging network, said it was well-placed to support the growth of the market. The network has grown 50% in a year, in line with the vehicle parc, and work is underway to fill gaps in Lincolnshire and mid-Wales, he added.

“The ACEA report indicates that the top two concerns for motorists are vehicle price and electric range,” Callow told Fleet World. “If you look back just two years, the cheapest EV with a battery of at least 60kWh – giving a real-world range of over 200 miles – cost in excess of £66,000. Today, the lowest priced electric car with a battery larger than 60kWh costs just £33,000 before government grants – so consumers’ concerns are being allayed very quickly.”