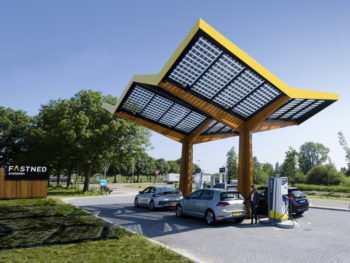 Fastned’s fast charging network now takes in the Netherlands, Germany and the UK, while development of locations in Belgium and Switzerland is also underway

Located in the Netherlands, on both sides of the A15 highway, the sites join the existing stations in the Netherlands, Germany and the United Kingdom, located along highways and within cities, while the development of locations in Belgium and Switzerland is also well underway.

Michiel Langezaal, CEO Fastned, said: “This is good news for electric drivers and a great milestone for Fastned.

“With this fast charging network Fastned is now one of the largest players in Europe.”