Fiat Chrysler Automobiles (FCA) is to launch a range of charging solutions to support its forthcoming plug-in models under a new deal with Engie Group. 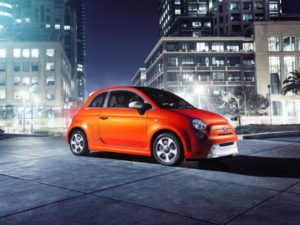 Fiat Chrysler Automobiles’ plans include an electric 500e, due 2020

Covering 14 markets in Europe – including the UK, France and Germany – the deal will see Engie subsidiaries Engie Eps, which provides energy storage solutions, and charging stations specialist EVBox, support FCA with the provision of charging solutions to both customers and dealers. This includes the online platform needed for FCA to manage its growing charging infrastructure in the majority of European markets.

The deal was announced just days after Luca Napolitano, head of Fiat and Abarth brands for EMEA region, told EV Fleet World that Fiat is working towards an electric supermini priced in line with petrol or diesel models while the marque has already said that work is underway to put supporting services in place ready for launch. Although an all-new electric 500 is due next year, likely to be priced as a premium product just as combustion-engine versions have been, Napolitano said the company also sees a longer-term opportunity for an accessible electric city car positioned within the other half of its line-up.

Both EVs will play a role in Fiat’s ongoing plans to extend its sales footprint outside Italy, particularly in markets such as the UK which have CO2-based incentives.

This will be aided by the new  partnership with Engie, which will involve FCA’s activities in Austria, Belgium, Czech Republic, Denmark, France, Germany, Greece, Hungary, the Netherlands, Poland, Slovakia, Sweden, Switzerland and the UK.