Fiat is working towards an electric supermini priced in line with petrol or diesel models, seeing a role for itself in making the technology more accessible – just as the original 500 made Italians mobile during the 1950s and 60s. 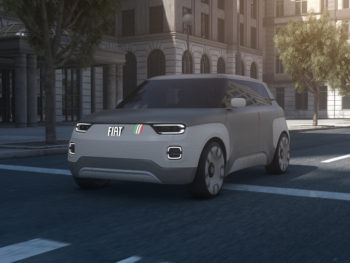 Fiat said its Concept Centoventi electric city car, unveiled at the 2019 Geneva Motor Show, has been well received by customers

Head of Fiat and Abarth brands for EMEA region, Luca Napolitano, said the newcomer will build on ongoing range development into two product groups; design-led, aspirational models such as the 500, 500L and 500X, and affordable, practical family-movers like the Tipo and Panda, recognising that these are the two growing areas of the market. It’s a similar approach to Citroen and DS, but both will be offered under the Fiat brand.

The aim is to offer electric vehicles under both ‘families’. An all-new electric 500 is due next year, likely to be priced as a premium product just as combustion-engine versions have been, and work is already underway to put supporting services in place ready for launch. However, Napolitano said the company also sees a longer-term opportunity for an accessible electric city car positioned within the other half of its line-up.

Customer clinics with the Centoventi concept – an electric city car with design cues from the 1980s Panda – had been very positive, he said. “What we are trying to do is attack the electric offer from two sides; one from the [low cost side] with Centoventi, because we want an electric car for a normal B-segment price. With the 500 electric, we will cover the aspirational side of the segment.”

However, he stressed, they won’t arrive simultaneously: “Centoventi is a concept, but [the electric] 500 is something that is happening tomorrow.”

Both EVs will play a role in Fiat’s ongoing plans to extend its sales footprint outside Italy, particularly in markets such as the UK which have CO2-based incentives. In the meantime, the wider range is steadily driving growth in fleet, building on the popularity of the 500. Napolitano said the 500X still has opportunities to grow, while the Tipo is helping to build relationships with larger fleets.

“These are the two cars we want to attack the fleet market [with],” he said. ”Tipo is doing well on the private channel. In fleet we are entering the market, it is much more difficult than private for us because we don’t have the car parc – we entered the C-segment in 2016-17 with the sedan, hatch and station wagon.

“We are developing and improving our relationships with [larger fleets], it is a longer way to work and we are working hard on this to allow us to grow slowly and gradually every year in the fleet channel.”

Previous: Major action on transport needed to back UK’s net zero goal
Next: What does the net zero 2050 emissions target mean for EVs?