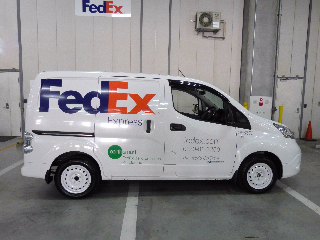 Based out of Shinsuna station, which now has a charging point for the two vehicles, the vans join a global fleet which includes 397 hybrids, 404 electric and 40 hydrogen-fuelled vehicles, as well as 132 natural gas fuelled models. Of these, seven hybrids and nine natural gas vehicles are based in Japan.

“As a company conducting business worldwide, FedEx is committed to addressing environmental issues through such environmental measures as the introduction of zero-emission all-electric vehicles.”