Nexo carries on where the ix35 Fuel Cell left off, with more appeal and cutting edge technology, says Martyn Collins. 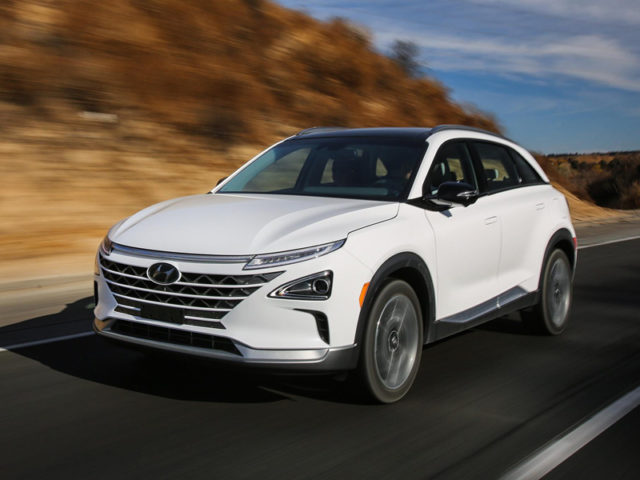 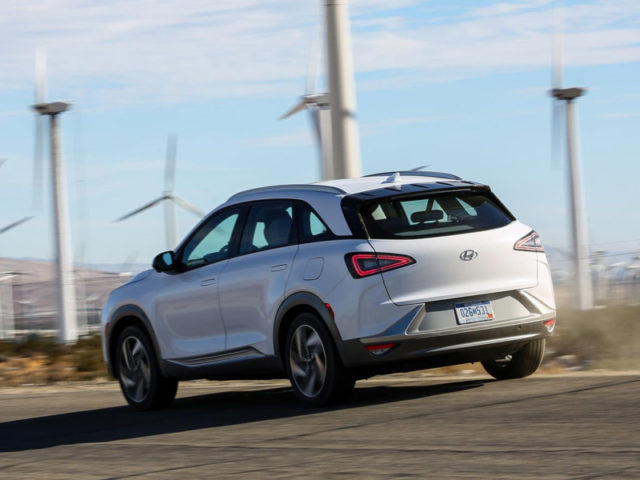 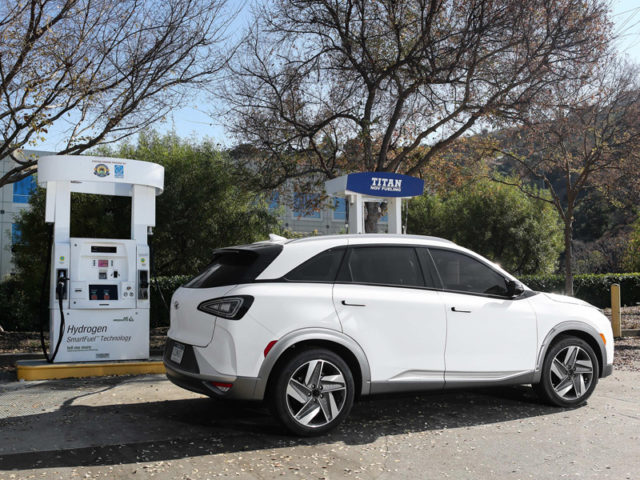 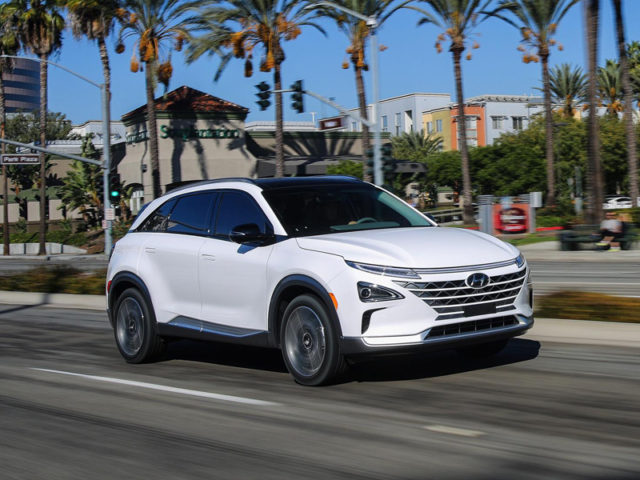 Hyundai took the lead in hydrogen technology, with the launch of the ix35 Fuel Cell back in 2015. Although interesting to drive, even with the only Fuel Cell technology available to buy at the time, the ix35 still felt a generation behind, with dated styling and left-hand drive only.

However, its replacement, the Nexo, revealed at the recent CES show in Las Vegas, won’t suffer these problems. Plus, improvements in Fuel Cell technology mean a new estimated driving range of 500 miles – 134 more than the old car.

We had a brief, very early drive at the company’s Mabuk Advanced Powertrain Research Institute, late last year, to bring you some driving impressions.

Outside, the Nexo is distinctive, almost looking like a mixture of the latest Kona from the front, with the last-generation ix35 from the back. From the front you won’t miss the driving lights, which stretch across the bonnet and the triangular headlights. At the side, there are clean flanks and a curvy roofline, with Range Rover and Tesla-style flush door handles that pop out when they sense a nearby hand. The back is more anonymous, with triangular LED lights that run across the boot and an aggressive-looking diffuser.

Inside, the dashboard of the Nexo is made up of a pair of large displays, one for car information in front of the driver and the larger one for the infotainment system. Other interesting interior design features are the floating centre-console rising up to the screens and the two-spoke steering wheel. The interior trim design feels modern and even though it was a prototype, is fairly solid. Legroom is average front and back, but the Nexo has a practical, flat load area.

Drive on our Nexo prototype was engaged by a button and from the start, this Hyundai Fuel Cell SUV felt like a typical electric car, with impressive levels of torque available from the off — making the performance feel keen. Our late prototype also had reasonably precise steering, the ride felt well-damped and in corners, body roll was kept under control.

I’s a positive first drive of Hyundai’s latest Fuel Cell challenger and we look forward to a longer drive and seeing how it will deal with UK roads.