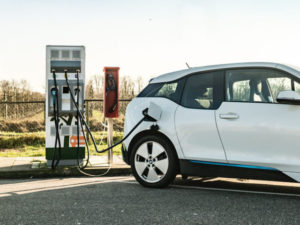 Under new plans, MEGA-E would be a new rapid charger installed network across Europe

Currently in application for co-financing by the European Union and open to additional partners, the planned charging network – dubbed MEGA-E – would start roll-out in the first half of this year, offering 322 ultra-fast chargers and 27 smart charging hubs throughout 20 European countries.

This would kick off in Belgium, Denmark, Estonia, Finland, France, Germany, Latvia, Lithuania, Luxembourg, the Netherlands, Norway, Poland, Sweden and the UK, with Allego to continue to develop charging network in Central Europe while Fortum would cover the Nordic region.

“We believe in an open infrastructure approach. This means that it is intended to welcome every citizen and different car models at our chargers. The idea is therefore also to combine multiple charging solutions to meet different needs and speeds. The MEGA-E charging network will be an important milestone for all EV-drivers and commuters in Europe,” says Rami Syväri, VP Fortum Charge & Drive.

Said to be the first programme to target metropolitan areas under a pan-European network, the plans follow the announcement late last year that four of Europe’s largest forecourt operators have signed up to host ultra-fast electric vehicle charging points under strategic partnerships with the manufacturer-backed pan-European Ionity network, which is planning to roll out 400 sites on major routes by 2020.

Meanwhile utility company Eon is to install a network of 10,000 charging points across Europe, including ultra-fast units on key routes, creating a network connecting the UK to Romania by 2020.

Anja van Niersen, CEO of Allego, said: “Around 70% of traffic in Europe takes place in urban areas, where the CO2 impact is the highest. With the charging network of MEGA-E we facilitate several forms of e-mobility and support emission free travelling not only within, but also from one metropole area to another. Unique is the creating of so called ‘e-charging hubs’ in which we combine multiple charging solutions on the same location to charge electric vehicles. The e-charging hubs would therefore have an optimal impact and effectiveness for both the energy and mobility system.”