By Jonathan Musk / 1 year ago / Road Tests / No Comments

An electric supermini with equally super price is something to shout about, says Jonathan Musk. 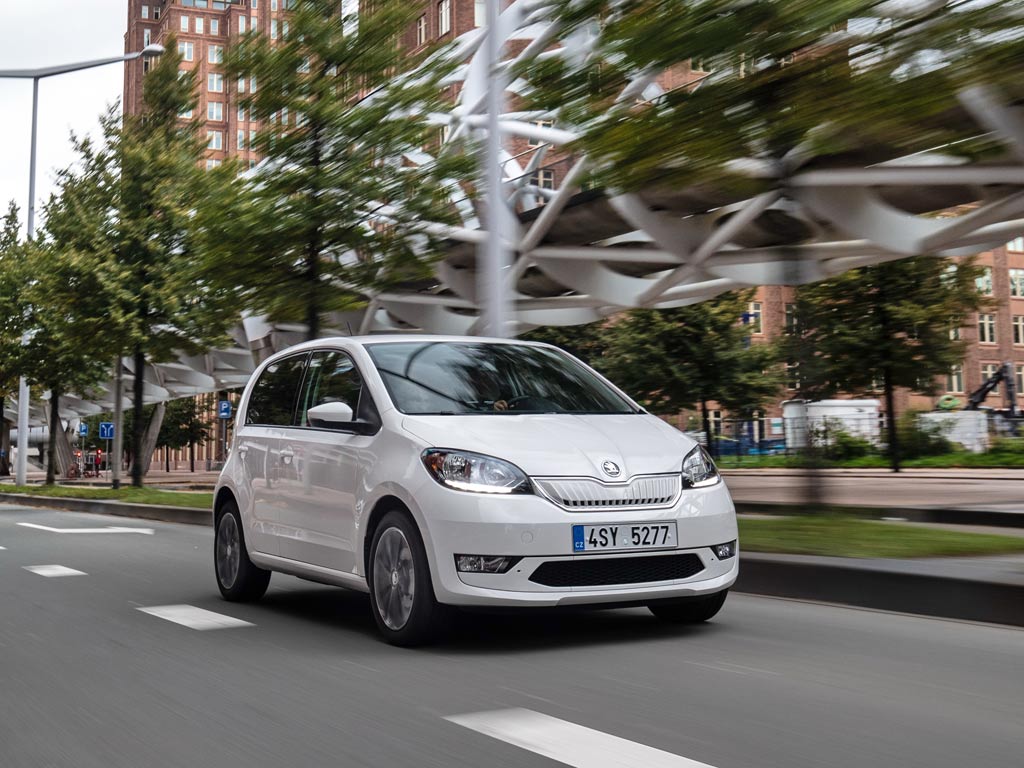 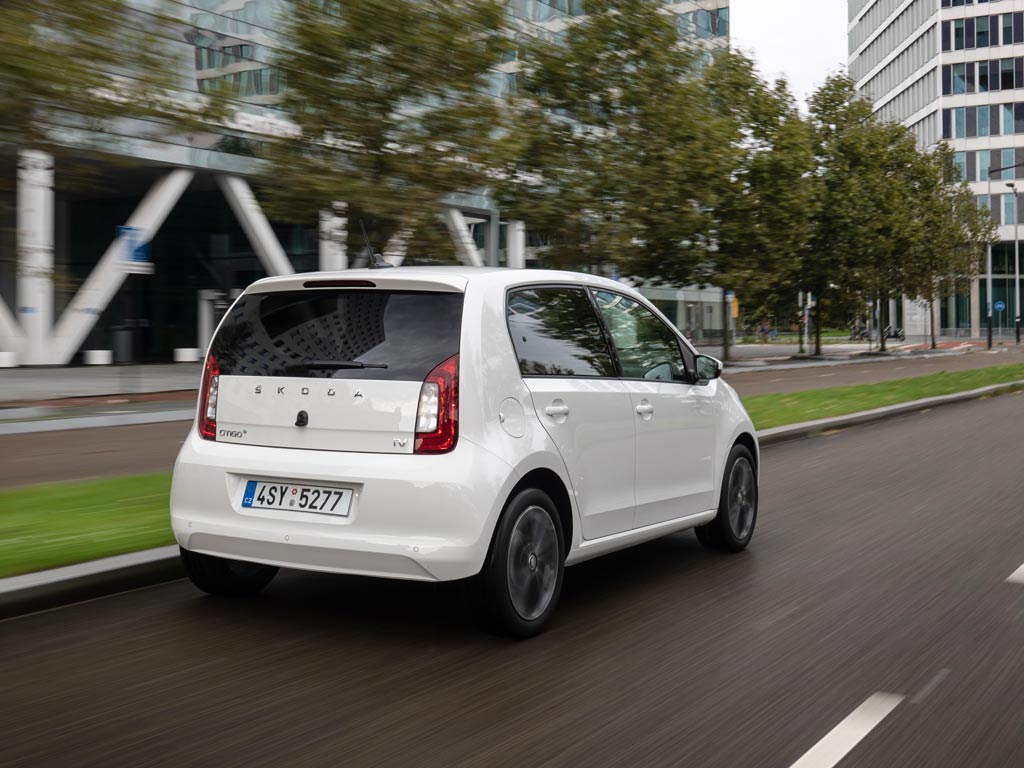 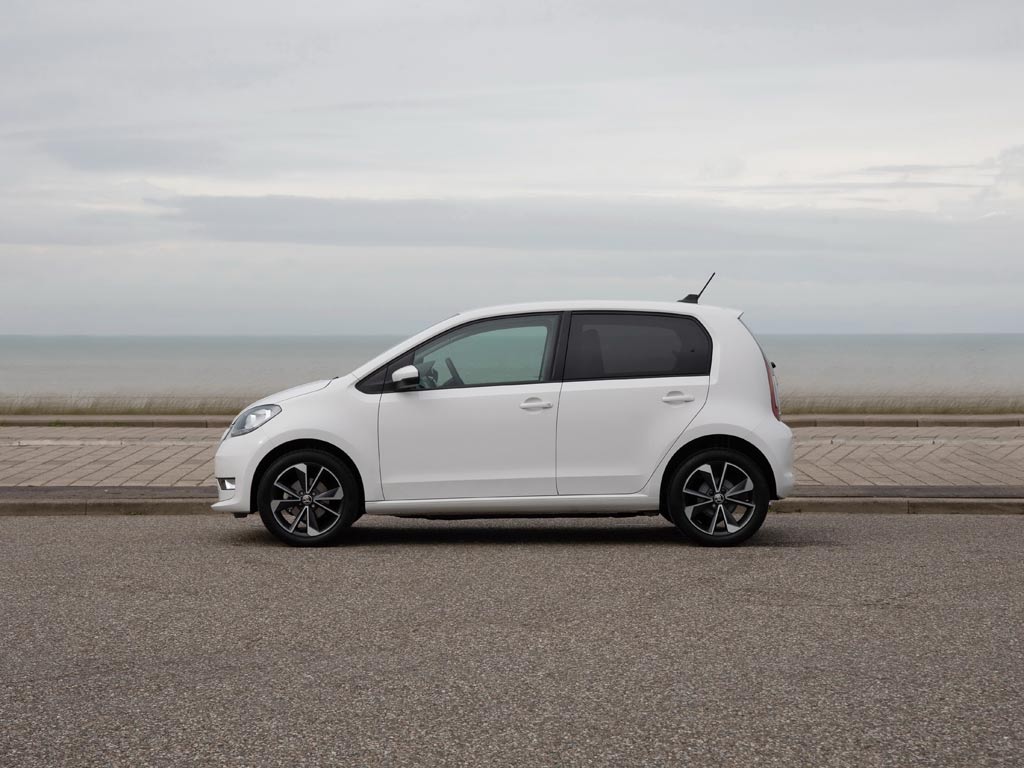 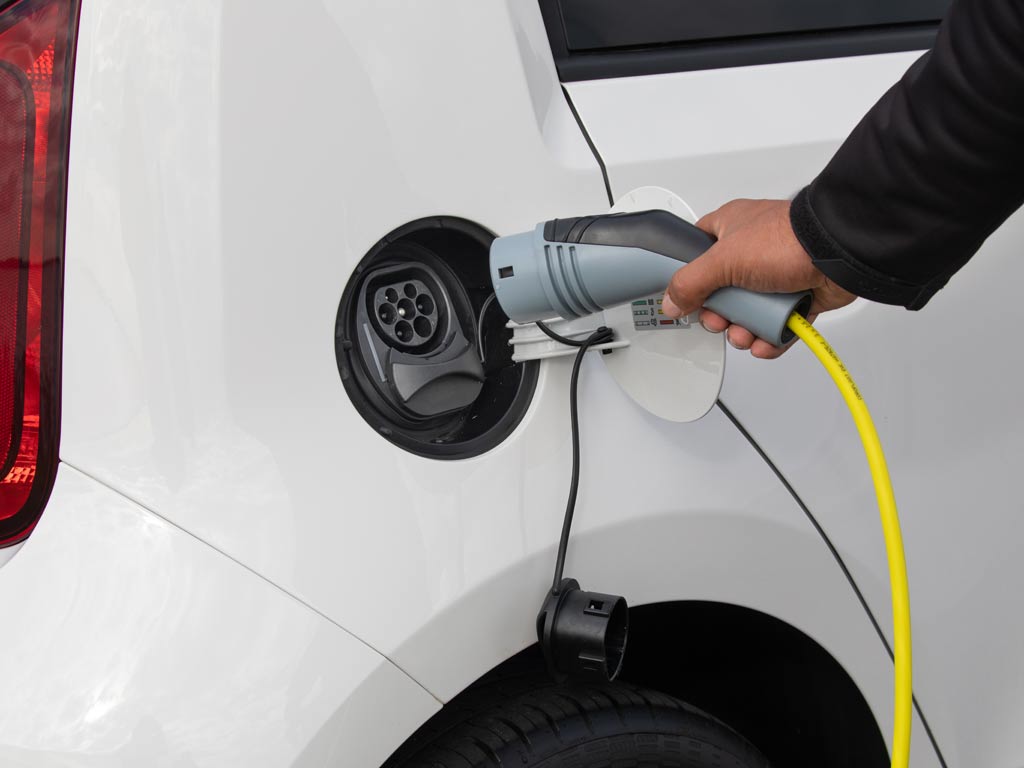 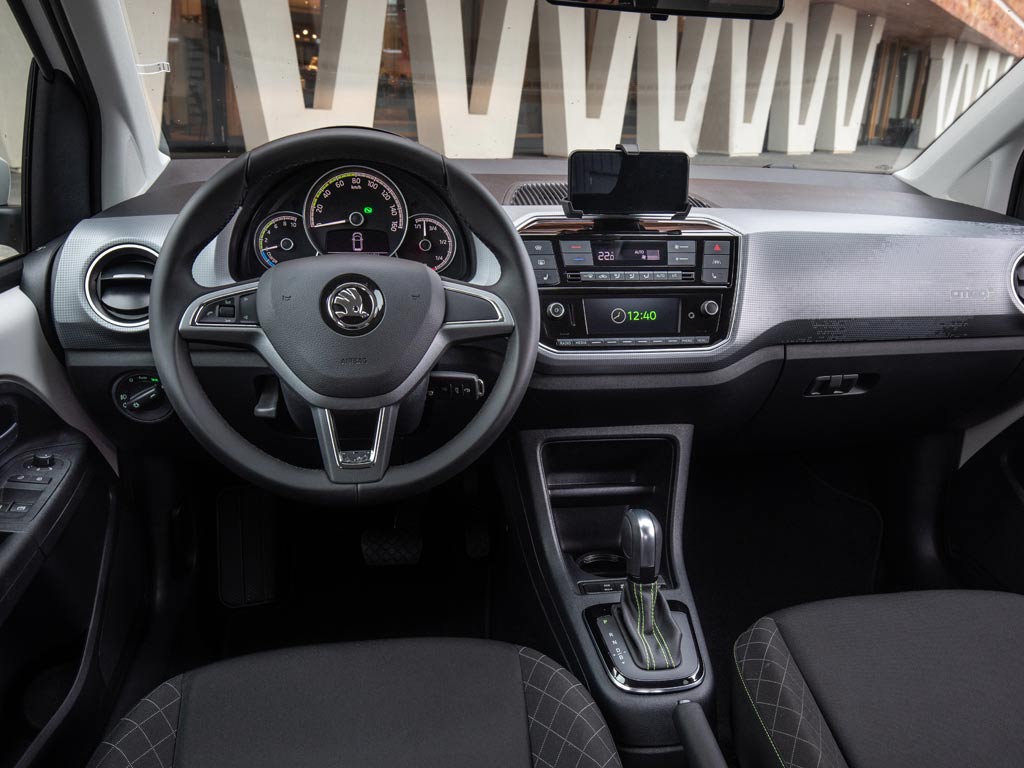 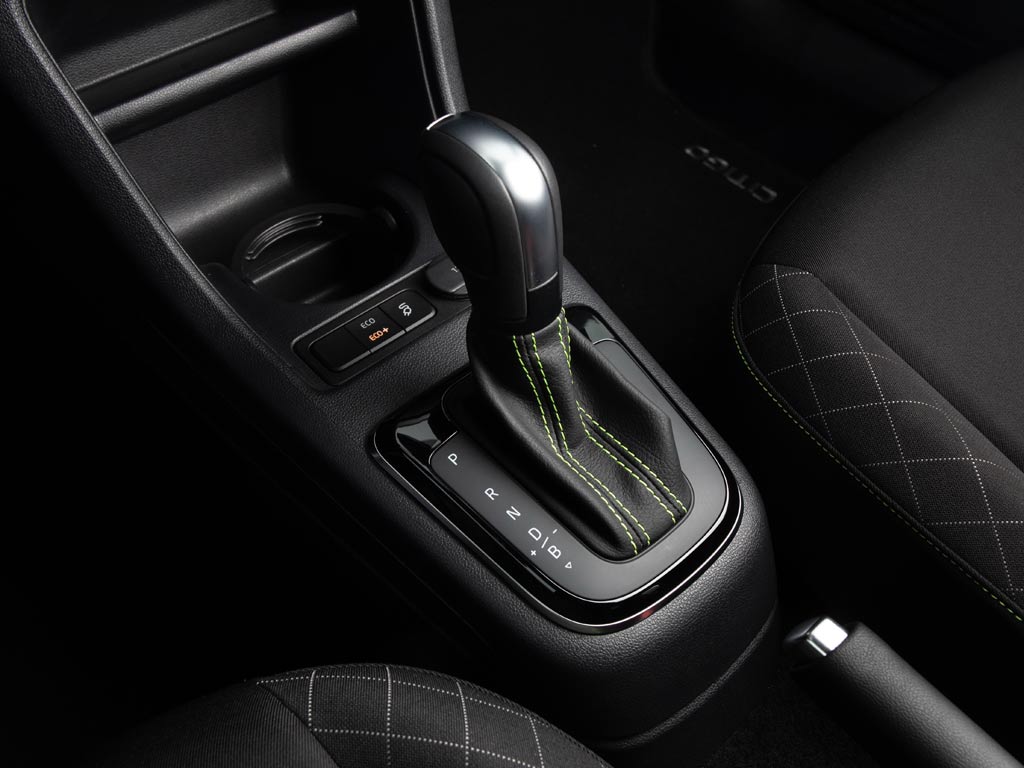 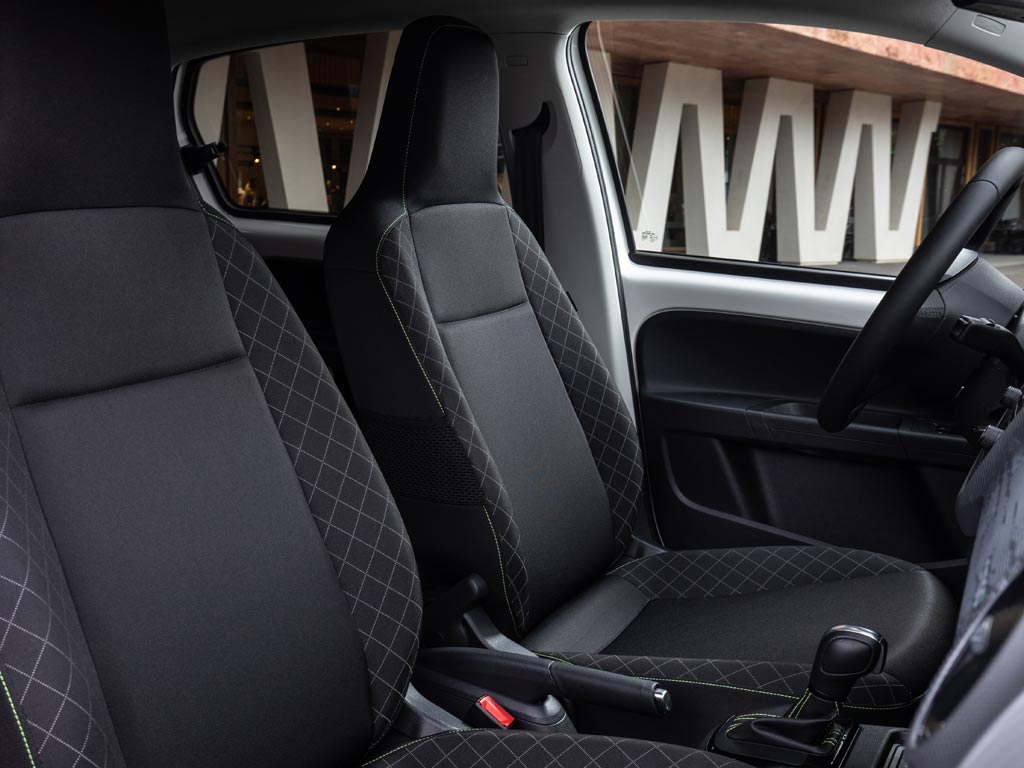 Introduced at the same time as the Škoda Superb iV plug-in hybrid, the CITIGOe iV is a full-electric city car worth taking note of. While other manufacturers have concentrated on addressing the most common EV fears, namely range and charge speed, by chucking in an oversized battery, this little gem offers big-car technology in a tiny package.

Essentially, this is a five-door only CITIGO stuffed with e-Golf tech, yet retaining its small 250-litre boot – good for small suitcases or a few shopping bags. The best part is the asking price, which undercuts both the comparable SEAT Mii Electric (£22,800) and the expected asking price for the new Volkswagen e-up! by quite some margin.

At £16,955 (including government grant), this is nearly half the price of the e-Golf too, benefiting from a large (for the size of car) 36.8kWh (32.3 usable) battery and a luke-warm 83hp, 212Nm motor. In practice, these mean it’s an absolute riot to drive around town and feels like it is the quickest thing around. Electric power enhances the inherent nippiness of the CITIGO.

That battery equates to a range of around 170 miles and can be charged via the CCS port, as quick as 0-80% in an hour. That’s slightly underwhelming, but then this isn’t designed as a car for long distances. Instead, it offers enough range to adequately alleviate the usual range anxiety. The little EV should be seen as a town car and, therefore, thanks to its range, should only need to visit a charge point once a week, if there’s no facility to do so at home or work. The rate is, however, slow for CCS, accepting only 40kW. Charging also comes with the added pleasure of being able to precondition the cabin via an app.

Power is delivered in typical relentless electric fashion, meaning when the road is a touch slippery you’re guaranteed torque-induced wheel spin, and this is pretty well its only failing. Otherwise, it’s a rapid 0-62mph sprint in around 8 seconds and efficiency can be encouraged by using the new quad-level adjustable regenerative braking. If you’ve managed to avoid charging up at all, Eco and Eco+ modes can extend range by a few miles too, by turning off non-essential features and limiting power and speed.

Less rosy for the minuscule Škoda, as Euro NCAP’s three-star rating has highlighted, the lack of standard AEB is a shame and something that used to be present in the old CITIGO.

Being a city car, it is perhaps less likely to require sat-nav and therefore dispenses with any built-in touchscreens and instead relies on owners possessing a smartphone.

If you can live with the size, then the CITIGOe iV is a lot of EV for the money and consequently is a relative bargain, especially when viewed against its immediately comparable siblings.