Menzies Distribution has deployed the first electric vans for its Scottish network; part of a major expansion of its zero-emission fleet that will see EVs added to its UK depots. 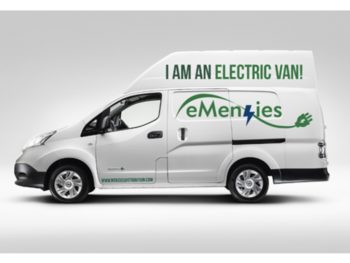 The company already claims to have the UK’s largest all-electric vehicle fleet as well as the largest commercial charging infrastructure in the UK through its wholly-owned subsidiary, Gnewt, which delivers parcels across London.

Gnewt has already shown the positive effects of switching to EVs; acquired by Menzies Distribution two years ago, the company has run an all-electric fleet since it was founded and currently has more than 120 EVs in operation. Last November saw Gnewt celebrate delivering its 10 millionth parcel emission-free as it also reached its anniversary of a decade in business. Over the years, it’s saved an estimated total of 2.3 million kg of CO2 compared to standard diesel delivery vehicles.

Menzies Distribution is now beginning the next phase of its fleet electrification programme, which will see it start rolling out EV technology and deliveries across its fleet of more than 2,000 trucks and vans in 2020, backed by the introduction of what’s said to be the UK’s largest EV rapid charging infrastructure across Menzies’ UK network of 65 depots.

Menzies is also working towards charging using renewable energy across its entire operation, further cutting the carbon footprint of deliveries.

Adam Smith, group commercial director at Menzies Distribution stated: “We are delighted to introduce our first electric vehicles into our Scottish delivery fleet. We currently have more than 120 electric vehicles delivering parcels, with a particular concentration in London, and we are looking to take the lessons we have learned from running one of the largest all-electric fleets in the UK and roll out across the country.

“Through Gnewt by Menzies Distribution, our electric vans have already delivered more than 10 million parcels emission-free and we look to significantly increase that volume in 2020 as part of our green fleet strategy to introduce electric vans, powered by renewable energy to our UK depots.”