Drivers are still failing to use plug-in hybrid company cars as intended, putting the fleet industry at risk of losing government backing. 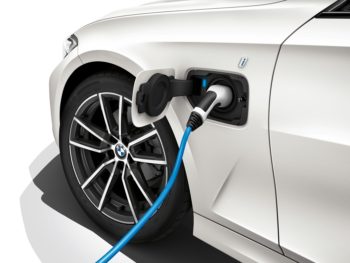 TMC said the analysis showed some PHEVs were never being charged

So says TMC as its latest analysis indicates that some PHEV drivers never charge their cars at all, relying solely on the engine, while still benefiting from reduced company car tax charges.

Research of the 2,432 PHEVs and non-plug-in hybrids on TMC’s fuel and mileage database found they average 49.06mpg on the road; about the same as the average for diesel cars on the database and broadly in line with similar analysis carried out a year ago.

The analysis indicates that the cars are either not being charged; or are allocated to drivers who do a lot of long journeys, or a combination of the two. As such, they are bringing increased costs for fleets as well as emissions too.

But they could also be risking the loss of valuable government support for such vehicles, according to TMC managing director Paul Hollick.

Hollick, who is also chairman of the Institute of Car Fleet Management, commented: “It is now in everyone’s interest for fleets to get to grips with plug-in vehicle policy and practice quickly. Not least because properly-managed PHEVS are and will remain crucial to running cost-effective car fleets as the transition to full zero-emission transport accelerates. Indeed, PHEVs area great stepping stone towards fully electric vehicles.”

His comments come just weeks after the Government withdrew grants of up to £4,500 towards the purchase of plug-in vehicles from PHEVs designed to cover less than 70 miles on electric power alone.

In response, Hollick has said the figures should act as a wake-up call to business fleet operators to make changes.

“Businesses need to ensure they have a strategy when adopting PHEVs, to make sure they are fit for purpose and that the necessary infrastructure is there. How are they going to be charged? At the office? At home? This needs to be nailed down before any electric vehicles are ordered. Plug in hybrids can be cost-effective when drivers cover moderate miles, but only if the cars’ batteries are recharged regularly.

“It’s no secret that there are company drivers out there who choose a PHEV for the hefty company car tax break, then waste fuel by not bothering to use it properly.

“Effective management tools are readily available to allow companies to capture mpg data and address the behaviours of offending drivers. But many don’t use them,” he said.

However, fleet management and car benefit specialist Fleet Evolution has rebutted the claims.

Based on its own experiences, the Tamworth-based business, which was awarded Go Ultra Low Company status last year, says that monitoring fuel and power usage on its fleet showed that well over 90% of drivers of ultra-low emission vehicles (ULEVs) regularly recharged their cars and used them for the purposes they were intended.

Andrew Leech, managing director at Fleet Evolution, whose forward order banks from customers now comprise almost 50% of EVs, said: “In our experience, there is a very good reason why the three-pin charging cable remains in the boot. We provide free home chargers to all our ULEV drivers so that they can charge at home.

“They come with a fast charge cable, which the drivers pay for, so they can recharge at rapid charge points at service stations, car parks and supermarkets. That means they never need to use the standard cable that comes with their car.

“It’s a myth that these cars are simply gas-guzzlers. And, I would contend, that this is the experience of the overwhelming number of ULEV company car drivers on our fleet,” he added.

Leech added that Fleet Evolution drivers were always provided with guidance on how and where to recharge their vehicles and how to get the best performance from them.

He also said that rather than discouraging drivers from selecting PHEVs by abolishing the Plug-In Car Grant for hybrids, more should be done to encourage their uptake.

“Like many in the fleet industry, we were dismayed by the abolition of the plug-in car grants for hybrids, and feel that we need clear Government policies that encourage the take-up of the cleanest cars, however they are powered,” he said.