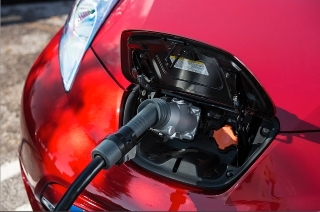 Entitled ‘Uptake of Ultra Low Emission Vehicles in the UK’, the Department for Transport (DfT) report draws on the research from almost 50 UK and international sources and dispels a number of myths how private and fleet buyers are running electric vehicles.

The data also shows that most fleet EV owners are currently private sector businesses, working in a range of industries, with fewer than 500 employees and running a small to medium-sized fleet. Many organisations appear to have initially bought one or a small number of EVs in order to assess their suitability for their wider fleet.

Private sector businesses are expected to continue to represent the bulk of future EV fleet owners but further research is needed into the extent to which an initial EV purchase is leading on to large-scale purchasing; and the potential for more organisations with larger fleets to start buying EVs.

As well as private EV owners, business electric vehicle owners were reported to give “generally a positive response” when asked whether they would consider buying another EV in future and most had no immediate plans to sell their current EV.

Positive findings have also been reported from trials with fleet users in the UK and some research in other countries, with one source reporting that “feedback was mainly positive and staff appeared eager to make EVs a permanent addition to the company” and that "68% of fleet managers said that involvement in the trial had accelerated their company’s interest in EVs”.

Transport Minister Andrew Jones said: “More and more families and businesses are choosing plug-in cars and vans to help them get on in life. The government is investing £500m over the next five years in ultra low emission vehicles, innovative technology and charging infrastructure to support jobs and growth and keep Britain as a global leader for ULEVs.”

However, the evidence also points to some caveats and limitations in the extent to which organisations may be willing to embrace EVs themselves or recommend them to others. For example, one date source reported that a quarter (25%) of organisations “reported that they were not willing to modify their fleet operations to incorporate EVs”. The report added that these findings appear to reflect concerns about range, charging times and, linked to this, the extent to which EVs are being seen to offer the flexibility necessary to meet the needs of different types of organisations.

The report adds that the most commonly cited barriers to fleet purchasers are largely the same as those for private car buyers: range concerns; purchase price; and a lack of knowledge about/familiarity with EVs.

The research also looked at the impact of public incentives and found that both private and fleet EV owners in the UK indicate the Plug-in Car Grant was important in reducing the upfront costs of EVs and, in the case of some fleet owners, the additional benefits for which they can qualify has been an active motivation for them to buy an EV.

The report also added that the most commonly cited motivations for buying an EV for fleet purchasers are: financial factors; and environmental factors (linked to CSR).