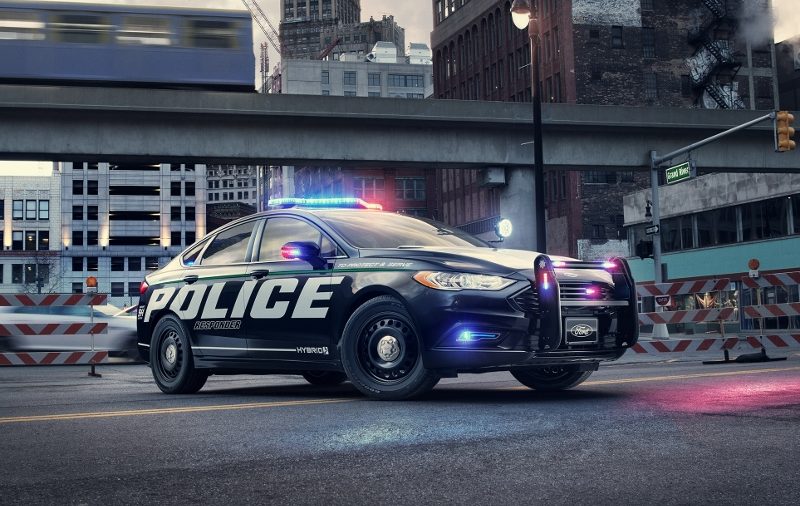 Ford has revealed the first “pursuit-rated” hybrid police car in the United States, with combined fuel economy said to be twice that of its non-hybrid alternative. 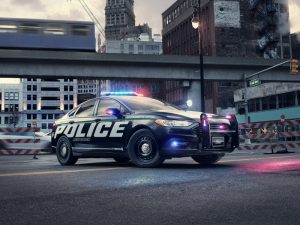 The Police Responder Hybrid Sedan is based on the Fusion Hybrid, which is similar to the Mondeo Hybrid sold in Europe, combining a 2.0-litre petrol engine and 118bhp electric motor, the latter supplied with electricity from a lithium-ion battery and capable of driving at up to 60mph without using any liquid fuel.

Pursuit certification doesn’t only assess its ability to handle long chases. Adaptations include front-end deflectors, police-issue wheels and uprated suspension, which means it can withstand impacts with eight-inch kerbs, cross railway lines at 30mph and ford up to 18 inches of water at flooded intersections.

Compared to Ford’s current Police Interceptor cars, which use a 3.7-litre V6 petrol engine, the hybrid offers more than twice the fuel economy (38mpg/45.6mpg Imperial, instead of 18mpg/21.6mpg Imperial) and the lithium-ion battery can also power all the additional on-board systems for longer periods, reducing the need to have the engine idling while stationary.