Germany’s highest administrative court has ruled that cities can ban diesel cars to tackle air pollution in a move that could set a precedent worldwide. 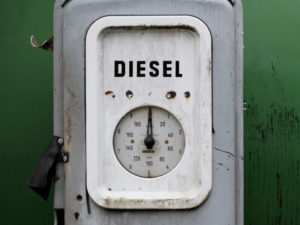 Brought about by environmental lawyers representing ClientEarth and national NGO Deutsche Umwelthilfe (DUH), the landmark decision by the Federal Administrative Court overturned appeals from authorities on regional court rulings that diesel bans were the most effective way to bring down illegal nitrogen dioxide (NO2) pollution down as quickly as possible in Stuttgart and Düsseldorf. Instead the court said national-level laws could be bypassed to allow regional authorities to protect people’s health in areas where air pollution exceeds legal limits.

Although the court ruled out immediate bans on all diesels, it said non Euro 5 compliant diesels could be restricted immediately with the ban extended to Euro 5-compliant vehicles from September 2019.

The ruling is expected to have major implications, not just for the 19 clean air cases open in German cities, brought by DUH and eClientEarth, but also for cities across the globe.

ClientEarth CEO James Thornton said: “Legal action on dirty air is taking place all over Europe and this stunning ruling is likely to make waves in all countries struggling with illegal levels of NO2. It also marks a dark day for diesel, which is already facing heavy market struggles. Industry could not have received a clearer message: now is the time to innovate towards a cleaner era for transport.”

The ruling has led to conjecture over future diesel car sales at a time of fast-declining take-up – latest Jato Dynamics figures show EU diesel registrations fell 12.5% in January – as well as future diesel RVs and is likely to drive fleet demand for ULEVs.

However, US-based non-profit organisation The Diesel Technology Forum warned of the impact on future engine technology developments. A company spokesperson said: “Distorting markets and consumer economics with reactionary bans, fees and restrictions will have rapid and undesirable effects for all parties. A patchwork of rules, restrictions and conflicting policies works against personal mobility and consumer choice across borders and amongst countries. Delayed turnover of the fleet to newer technology of any kind, be that petrol, diesel, hybrid or other technology, jeopardizes the economic stability of the global automotive industry and its ability to invest in future technologies.”