By Alex Grant / 4 years ago / International News, Tech / No Comments 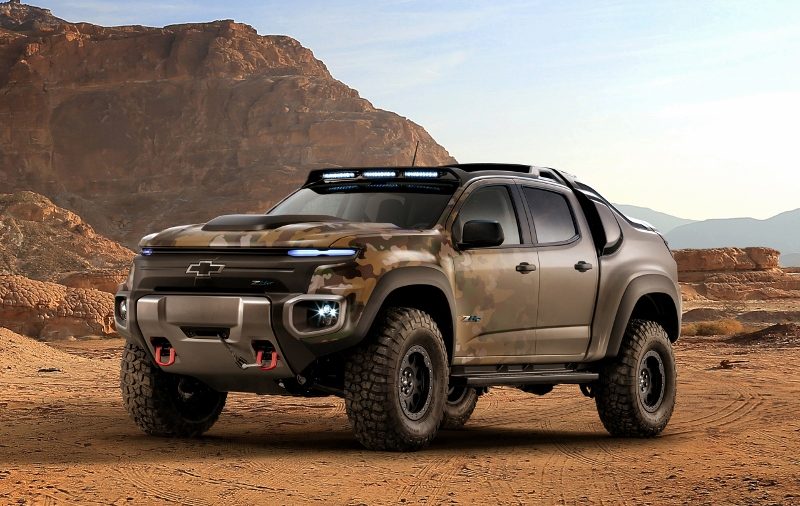 General Motors and the U.S. Army have co-developed a hydrogen fuel cell-powered armoured pickup, designed for battlefield use. 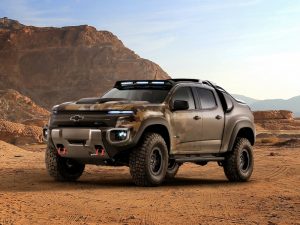 The Chevrolet Colorado ZH2 fuel cell electric vehicle, is silent, fuel efficient and generates both water and electricity on the battlefield.

Revealed at the autumn meeting of the Association of the United States Army, the Chevrolet Colorado ZH2 uses a reinforced mid-size pickup chassis with modified all-terrain suspension and was the result of a year-long project with the U.S. Army Tank Automotive Research, Development and Engineering Center (TARDEC) in Warren, Michigan.

Its hydrogen fuel cell drivetrain offers plenty of advantages in combat zones. It’s almost silent, produces lots of torque and little traceable heat and is significantly more fuel efficient than conventionally powered models. Water – its only exhaust emission – is a useful by product in dry conditions, and it has a power take-off to supply electricity to other equipment.

Paul Rogers, director of TARDEC, said: “Fuel cells have the potential to expand the capabilities of Army vehicles significantly through quiet operation, exportable power and solid torque performance, all advances that drove us to investigate this technology further.”