The Government has doubled funding for charge points for residential streets; underlining plans to “make electric cars the new normal”. 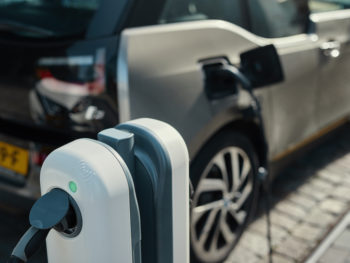 It’s only five months since the Government announced plans to double the funding to £5m, used for its on-street residential charge point scheme. The scheme launched in 2017 and helps local authorities install on-street charging infrastructure to enable EV take-up by drivers without off-street parking; according to figures 50% of drivers park on-street at night.

Last summer also saw the Government reveal plans to invest £37m in new charging innovations for people without access to off-road parking while Boris Johnson said during the election campaign that a future Conservative government would ensure every household was within 30 miles of an electric vehicle charging point through a £500m investment in a fast-charging network.

Commenting on today’s announcements, Transport Secretary Grant Shapps said: “We want to make electric cars the new normal, and ensuring drivers have convenient places to charge is key to that.

“By doubling funding again for charge points on streets where people live and opening up data we are helping drivers easily locate and use affordable, reliable charge points whether at home or on the road.”

It’s not just charging that’s on the Government’s agenda though and it’s also planning to make sure drivers can easily access real-time information about places to charge their electric car; the UK has more than 24,000 publicly available charge points, equating to one of the largest charging networks in Europe.

To help facilitate access to charging, the Department for Transport is to look into ways of making real-time information available on whether charge points are in working order and currently in use. This data could then be used by developers and incorporated into sat navs and route mapping apps. This follows the 2011 development of the National Chargepoint Registry (NCR), which is an open source of data for all public charge points. All publicly funded charge points are already required to be uploaded onto the NCR, but the Government now aims to ensure information on all public charge points is released.

And the Government is also looking to open up charge point access, as shown by its call last July for all new rapid and higher-powered charge points to offer contactless card payments by spring 2020 and for industry to develop a roaming solution across the charging network, allowing electric vehicle drivers to use any public charge point through a single contactless payment method without needing multiple smartphone apps or membership cards. It’s also said it’s prepared to intervene to ensure by using powers in the Automated and Electric Vehicles Act if developments don’t go ahead.

Welcoming today’s commitments, Daniel Brown, EV lead at the Renewable Energy Association (REA) said: “Whilst coordination and collaboration between industry and Government is needed across the breadth of types of charging, including in homes, workplaces, destinations, and for rapid hubs, for many people on-street charging is a vital part of the network without which they will not have the confidence to move into an EV. As such, we are pleased to see this announcement.”