State of charge and ambient temperatures while parked can have a significant influence on electric vehicle battery life, according to new research by warranty provider Atelium. 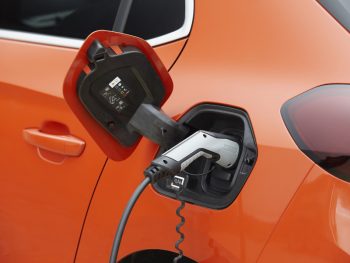 State of charge can have a significant effect on battery lifespan, the study claims.

Aimed at helping consumers to choose optional equipment more effectively and for insurers to predict battery lifetime and warranty risk, the study tested lithium-ion battery cells at eight charge levels between 0% and 100% and three temperatures (25°C, 40°C and 50°C) then measured the resulting degradation of energy capacity.

Common advice is for batteries to be stored at 80% state of charge when parked for long periods, rather than fully charging or discharging them. However, the study showed degradation was fastest between 70-80% state of charge, and slowed significantly at 60% or less.

Degradation was slower at 100% than 80%, though storage at 0% state of charge was shown to slow the ageing process most effectively. At 70-80%, cells were losing 4-8% of their capacity within one year compared to being fully discharged. Cells are typically deemed to be unsuitable for automotive use once the capacity drops by between 20% and 30%, though they can be used for static energy storage afterwards.

The study also highlighted the importance of thermal management systems, particularly those that maintain temperatures while the vehicle is parked. Reducing the battery temperature from 40°C to 25°C was shown to halve the rate of degradation, according to the report. At 40°C, cells stored at 100% state of charge also developed internal short circuits, though the study noted that temperatures this high are uncommon in the UK.

Dr. Alana Zülke, the lead research author and a member of the battery research team at Altelium, said:  “Calendar ageing dominates electric vehicle battery degradation when parked. In the UK, a car will spend on average more than 95% of its time parked. To improve the lifecycle of batteries, it is vital to define the optimal conditions to reduce such degradation.

“Our research is another important step in quantifying the impact of working and environmental conditions on battery state-of-health. By doing so, we are able to predict battery life cycles and develop strategies to prolong their usefulness more accurately.”

The research will published in the June edition of technical academic journal, Battery & Supercaps.