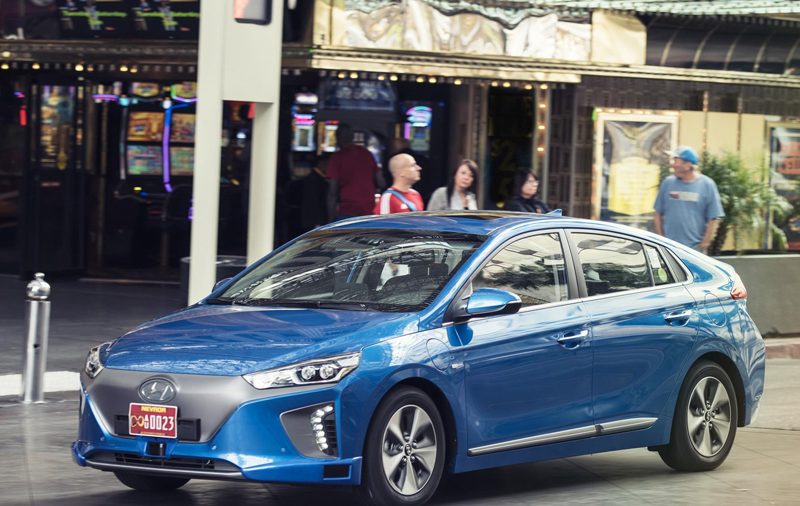 Hyundai has debuted its Ioniq Plug-in at the Geneva Motor Show, joining the hybrid and electric versions already on sale. 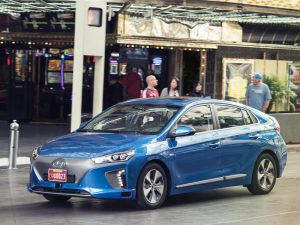 As a result, the Ioniq Plug-in has an official electric driving range up to 39 miles with CO2 emissions of 26g/km and fuel consumption up to 257g/km according to provisional figures.

Design is mainly carried over from the hybrid model but adds in LED headlamps and bespoke 16-inch wheels.

Hyundai also displayed its autonomous Ioniq concept at Geneva, which uses LiDAR technology along with a GPS antenna, high-definition mapping software and a blind spot detection radar alongside existing self-driving functionality from the production model, including the Smart Cruise Control system’s forward-facing radar and Lane Keeping Assist cameras, to help keep costs down.