Hyundai’s hydrogen van due in 2020 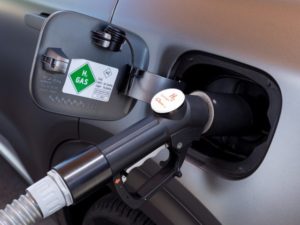 Ki-Sang Lee, senior vice president of the company’s Eco-Technology Development Center, told Fleet World that the company sees commercial vehicles – particularly trucks and buses – as a potentially even larger market than passenger cars, due to the range requirements that these vehicles have.

Hyundai is already conducting on-road testing of fuel cell buses in its home market of South Korea, and its new-generation Nexo fuel cell SUV is launching in Europe later this year. It has also begun partnering with Audi to accelerate the speed with which both companies can bring the technology to market.

But Ki-Sang said the Nexo’s technology – which offers hundreds of miles of range, five-minute refuelling times and the ability to offer a power take-off for electrical equipment – would also be applied to lighter commercials.

“We have already started with that application, and in our domestic market we will launch it in around 2020. That’s vans or pickups in the 1.5-tonne range. We can easily expand that to other countries,” he explained.

“The next step, to 2025, is we want to reduce our fuel cell stack system on-costs so they are comparable with current diesel technology. That’s our ultimatum for the fuel cell project.”