Lexus will launch a compact hybrid saloon car below the IS in its European range later this year, likely to preview some of the technology coming to the next CT compact hatch. 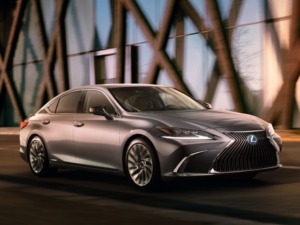 The seventh-generation ES will get a global reveal at the Beijing International Auto Show next week, said to be designed for global markets for the first time. Previous versions have not been offered in Europe, where the IS is the brand’s entry-level saloon.

Details so far are limited, but the new ES is likely to be based on the Toyota platform used by the latest Prius and forthcoming Auris and RAV4, and likely to underpin the next CT – a model which accounted for a quarter of its UK volume last year.

The outgoing ES had a 2.5-litre petrol hybrid drivetrain similar to the IS, though transverse-mounted and front-wheel drive like the CT. Drivetrains for the new car are unconfirmed, but the newcomer could feature a version of the next RAV4’s 2.5-litre hybrid system, and potentially also the 177bhp 2.0-litre hybrid setup from the next Auris.

Further details will follow at the reveal on 25 April.