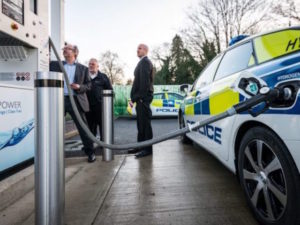 The Met will use ITM’s hydrogen refuelling stations for its new Toyota Mirai fleet.

The police force announced last month that it had started to deploy a total of 11 Mirai hydrogen fuel cell electric vehicles, forming part of its plans to procure 550 zero or ultra-low emission vehicles by 2020.

Vehicles will be fuelled using the ITM Power Hydrogen Refuelling Station network, which currently has five public stations in the UK with three more due to open at the end of Q2 and a further four at the end of Q1 2019.