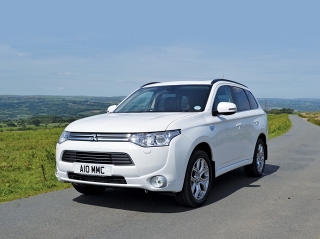 In its time on our fleet, this plug-in hybrid SUV has proved a remarkably good big car at going the distance on electric. For once, the makers’ claims can be backed up by action.

So this is a car for a specific need, which is somebody looking to save thousands of pounds in BiK, but not doing vast distances every day. If that is your drivers, then it fulfills that role.

Also, it is a big car with lots of space front, rear and boot and the hybrid powertain is as smooth as any out there. It’s actually pretty difficult to work out when it is running on petrol and on electric, it really is silent. Also, in these winter months I’ve loved the pre-heating facility that defrosts the car from the house with a dab on the iPod controller.

There are some less impressive aspects though. If your drivers are used to Germanic levels of build quality in their 30 grand cars, then they won’t find it here. Some of the plastics really aren’t very good and the infotainment and nav system is slow, fiddly and arcane. It certainly feels at least a generation or three back from the best in the premium sector.

That said, could you put up with some tinny construction and a decade old map screen in return for spending most of the time in saintly EV running mode, and a vast saving on tax bills? I know I could. Mitsubishi has come out of nowhere with this car, and put itself right in the fleet frame.