The wraps have finally come off Mercedes’ EQS flagship electric vehicle, which will boast a new ‘hyperscreen’ dashboard, up to a 478-mile range and a 761hp performance model. 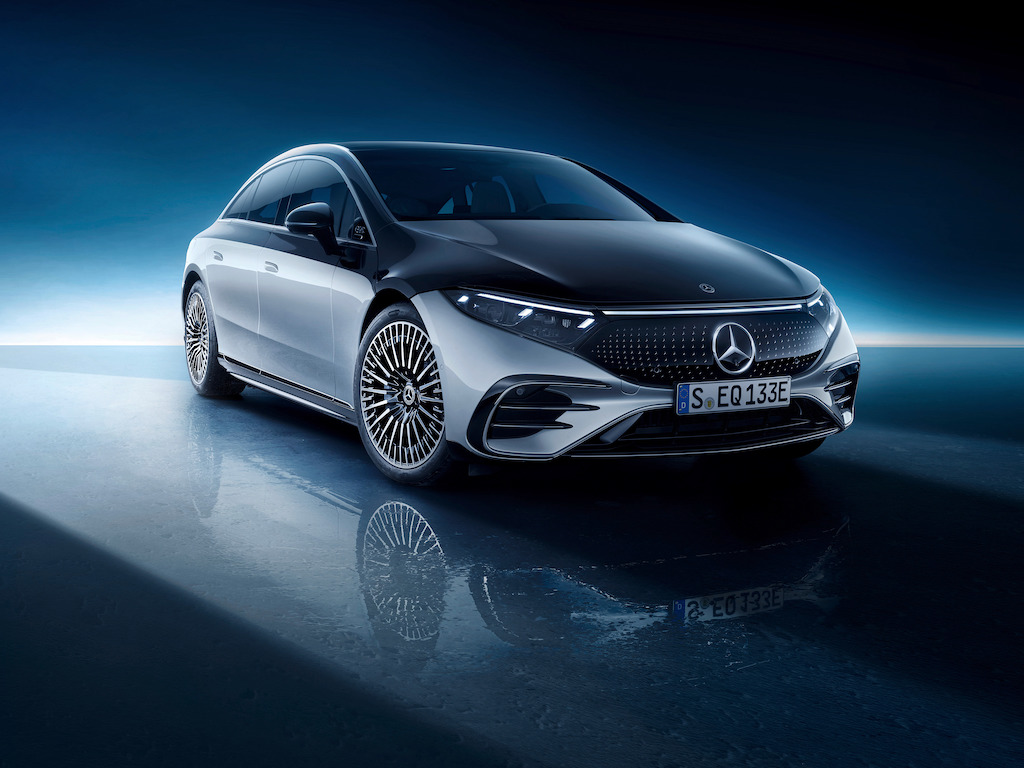 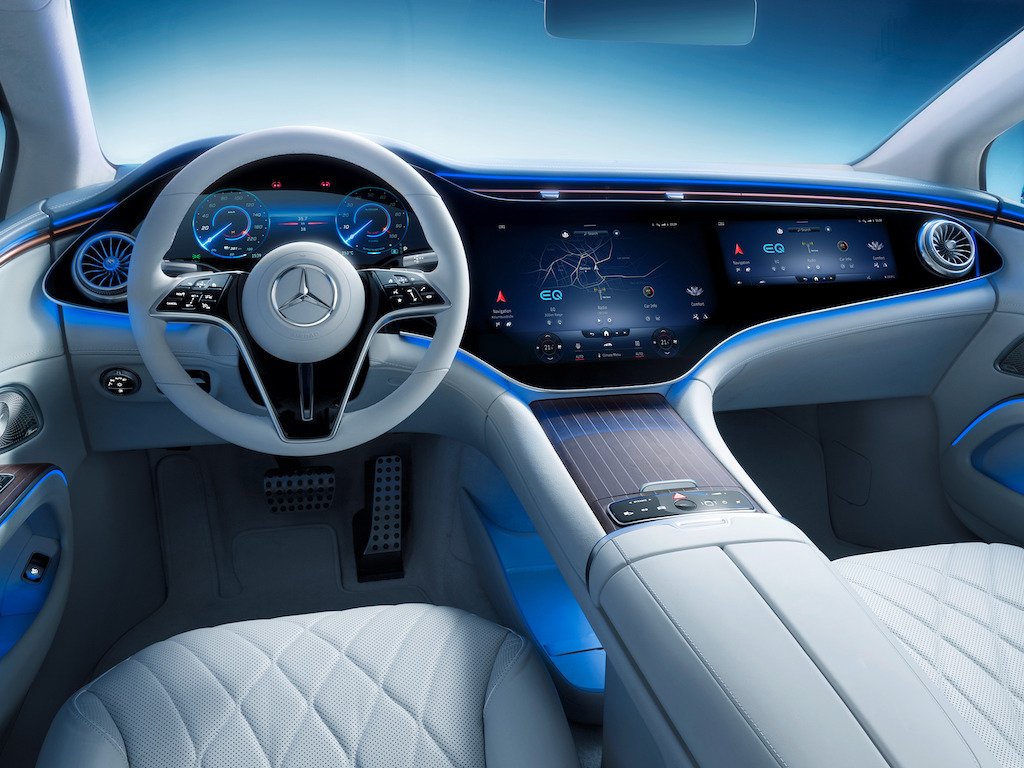 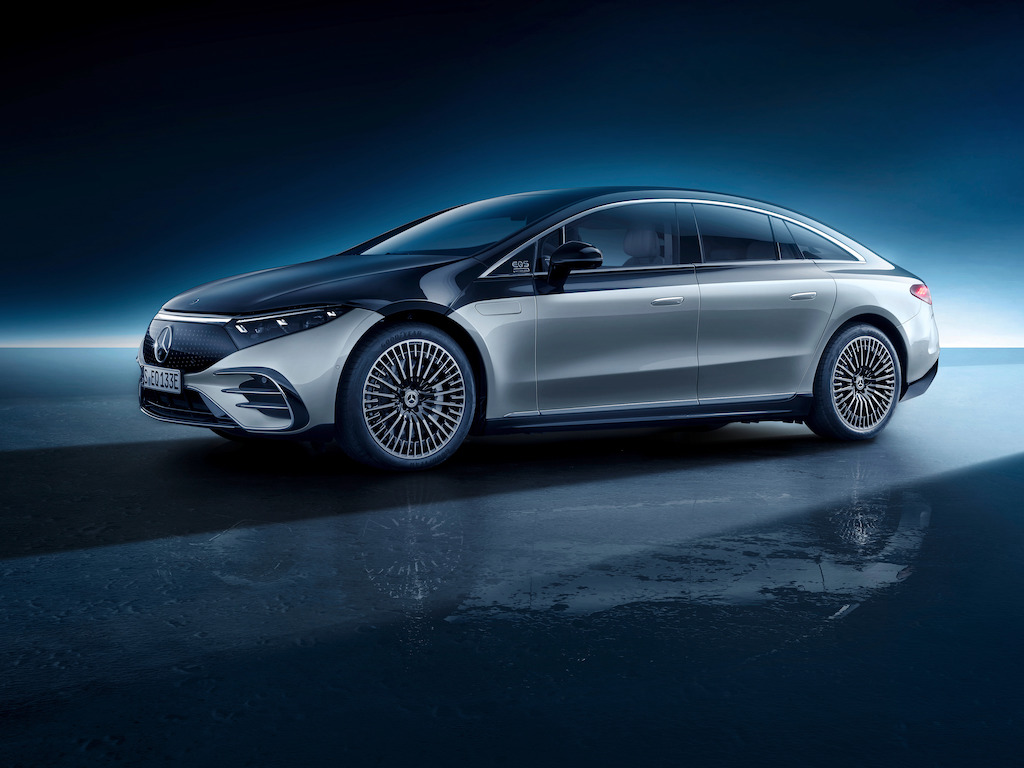 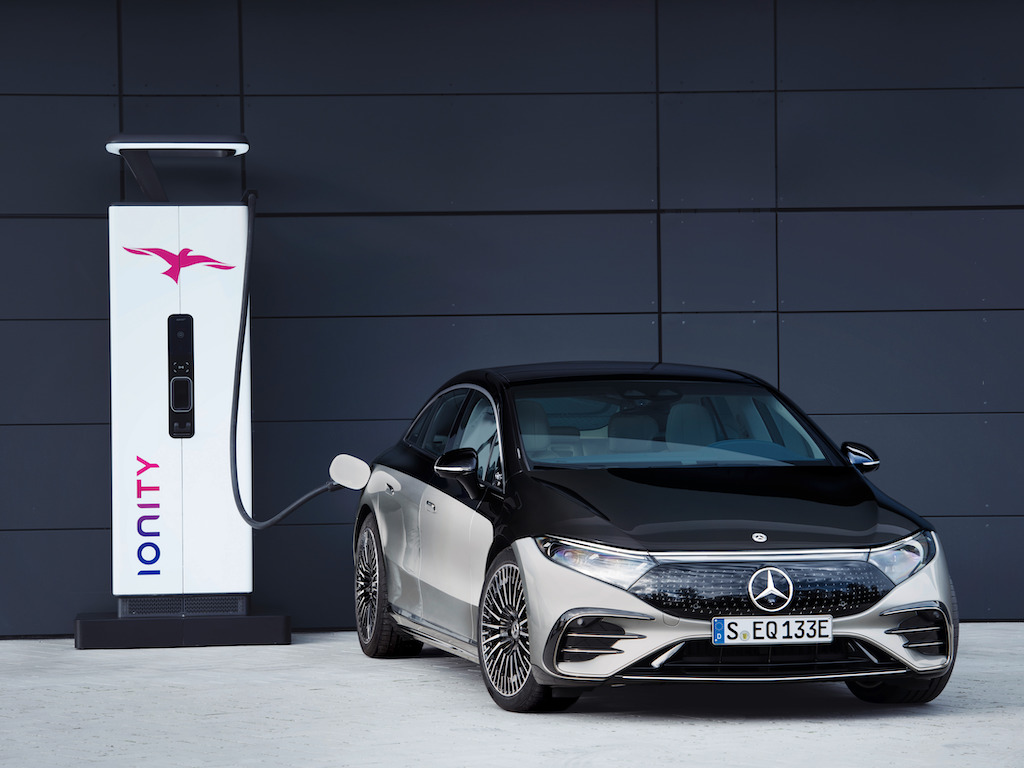 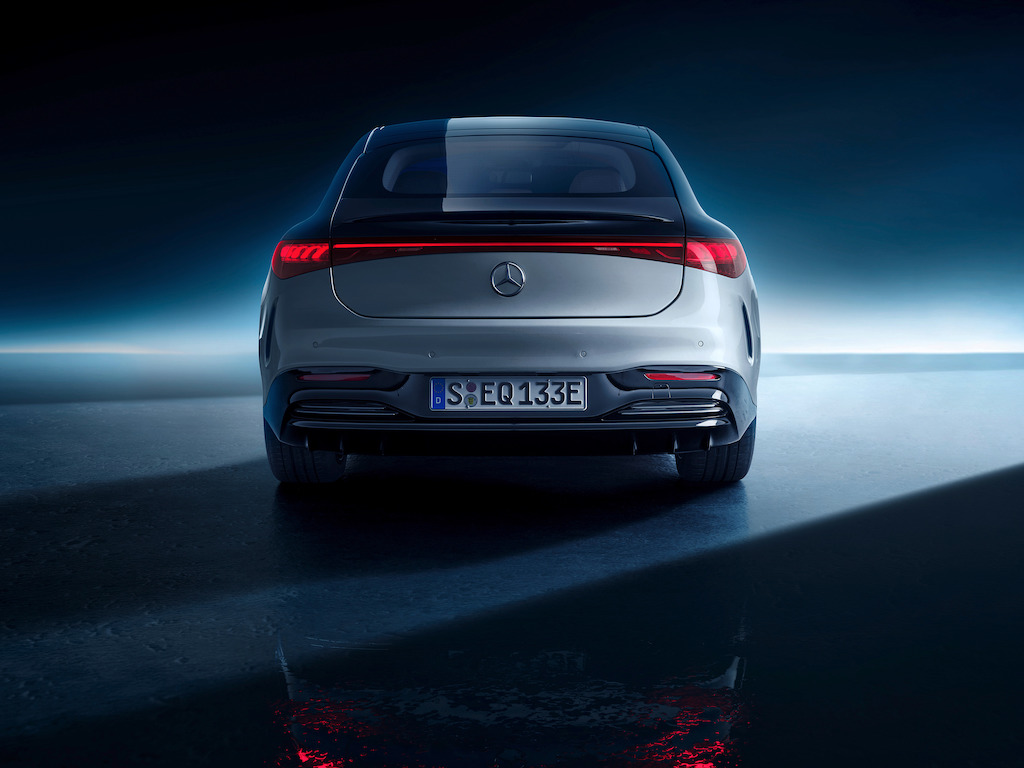 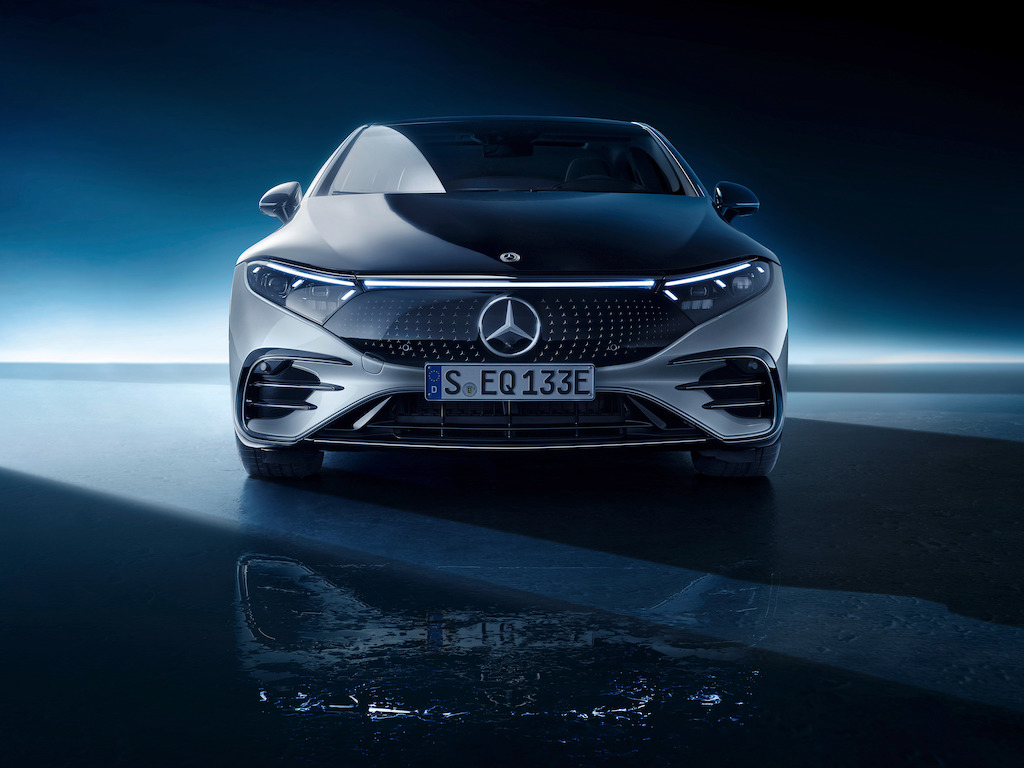 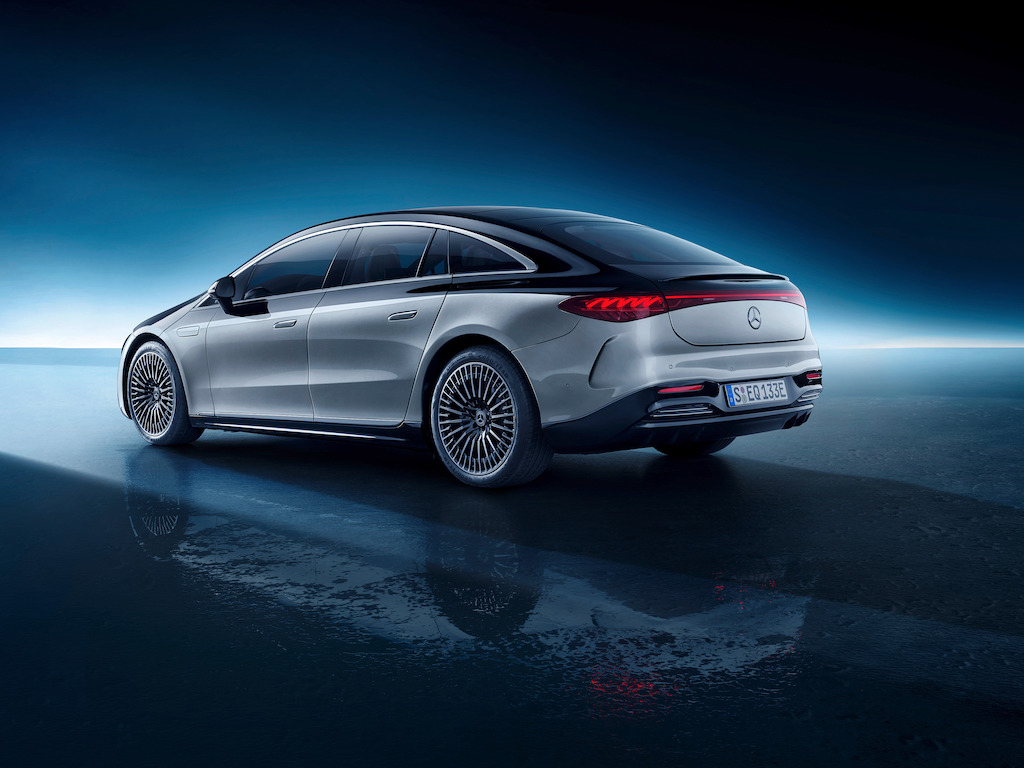 On sale in the UK late summer and with pricing yet to be announced, the EQS sits alongside the new S-Class petrol/diesel and PHEV models, and is the first of the brand’s EV line-up to sit on a new dedicated EVA (Electric Vehicle Architecture) platform.

The launch line-up, which starts deliveries at the end of this year, will include an entry-level EQS 450+ featuring a 107.8kWh battery and a rear-mounted motor, giving a total 333hp of power and 568Nm of torque.

There will also be a 580 4MATIC version that gets an extra motor on the front axle for all-wheel drive, giving it a total 524hp of power and 855Nm of torque, but this model won’t arrive in the UK.

Range stands at up 770km (478 miles) while a 761hp version will arrive later along with models using a smaller battery.

Both batteries are from a new generation that have significantly higher energy density than existing Mercedes EVs and the battery management software, developed in-house, allows over-the-air (OTA) updates.

Charging can be carried out at rates up to 200kW DC, giving up to 300km (186 miles) of range in around 15 minutes. At home or at public charging stations, the EQS can be charged at up to 22kW AC using the onboard charger. In Japan, bidirectional charging with the EQS will also be possible. All European drivers will also get free use of the Ionity ultra-fast charging network for a year under the Mercedes me Charge programme, which also guarantees energy from renewable energy sources.

Tech highlights are many and numerous, chief of which is the new ‘hyperscreen’ dashboard, which uses three screens and spans almost the entire width of the car. This includes a 12.3-inch OLED display for the front passenger, which can sense if the driver is looking at it and dim down, helping to avoid distraction.

Navigation features ‘Electric Intelligence’ to plan the fastest and most convenient route, including charging stops, taking in factors including traffic jams and current driving style.

The new EQS also introduces new OTA updates for various functions, meaning features can be ‘unlocked’ later on, including activating a larger angle on the rear axle steering.

Other features include automatic ‘comfort doors’, which sense the driver approaching and firstly extend the door handles and then open the driver’s door automatically, and the rear doors if programmed.

The driver can park and unpark the car via smartphone using Remote Parking Assist and latest-generation driver assistance systems include an additional microsleep warning.

A variety of soundscapes are offered in combination with the Burmester surround sound system and drivers can also access calming sounds through the Energising Comfort suite of programmes.

UK pricing and specification will be confirmed when the EQS goes on sale late summer.

The EQS arrives just weeks after Daimler said it wanted to accelerate its work on shifting to electric mobility. Its Ambition2039 plans were revealed in 2019 and set out that it was targeting a completely carbon-neutral new car fleet by 2039 and seeking for plug-in hybrids or all-electric vehicles to make up more than 50% of passenger car unit sales by 2030. But speaking at the end of March at the company’s virtual regular Annual Meeting, Ola Källenius, chairman of the Board of Management of Daimler AG and of Mercedes-Benz AG, said the goal is to reach this target sooner; details have not been revealed yet.

Previous: Average leasing CO2 emissions under 100g/km for first time ever
Next: Clarity on super deduction due soon, says AFP