By Martyn Collins / 3 months ago / UK News / No Comments

The Association of Fleet Professionals (AFP) is to continue lobbying the Government on clarification of whether electric vehicle charge points will qualify for the new super deduction tax relief. 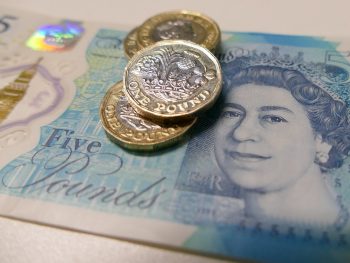 According to this week’s AFP webinar, super deduction will apply to charge points but it’s still not known whether they will be classified as fixtures or fittings

Revealed in this year’s Budget, the temporary 130% upfront capital allowances super deduction applies to qualifying investment in plant and machinery made from 1 April 2021 to 31 March 2023.

Although it’s been confirmed to apply to new vans – but not cars –  the application of super deduction for EV charge points and any ancillaries still remains unknown and while HMRC has said the super deduction provides a “strong incentive to make additional investments, and to bring planned investments forward”, it has still not confirmed whether it will apply to charge points.

According to this week’s AFP webinar on ‘Tax and the Company Car’, it will apply to charge points but it’s still not known how they will be classified, according to tax specialists David Chandler and Harvey Perkins from consultancy firm HRUX.

He continued: “I can’t sit there and tell you whether it’s one or the other – because it’s not written down in black and white in the legislation.”

HRUX and the AFP added that they will continue to lobby the Government to find out what is included; the hope is that HMRC will issue guidance in the coming weeks and months.

Previous: Mercedes-Benz EQS luxury saloon to boast 478-mile range
Next: Polestar 2 rolls out to fleets with help of Leaselink