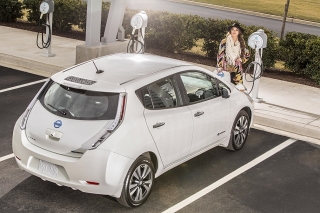 It forms part of Mayor Denis Coderre’s ongoing plans to reduce inhabitants’ dependence on cars, through the promotion of walking and cycling, public transport, car sharing, car pooling and taxis. By 2020, Montreal is targeting a 30% reduction in greenhouse gas emissions compared to 1990.

In its first stage, the city is asking businesses and inhabitants to register their interest in the scheme by June, after which there will be a call put out in October to deploy the charging stations and vehicles themselves. A centrally operated office will distribute stickers to electric vehicles included on the scheme.