The chair of the APPG on Electric Vehicles has called upon the UK’s largest public charge point operators to aid electric vehicle take-up by making their units interoperable. 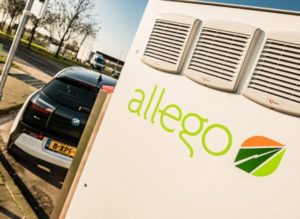 Matt Western MP has published a letter to Ecotricity, POD Point and BP Chargemaster, warning that the current “fragmented” system of multiple apps, cards and accounts needed to use their public chargers in the UK is discouraging EV uptake and frustrating current EV drivers.

Instead, he says there is an urgent need for industry-led collaboration to simplify this experience and has urged the charge point firms – acknowledged as “leaders in their field” – to collaborate with the wider industry to bring a simplified set-up.

Western said: “Introducing interoperability is a prime example of committing to a small change now that will encourage EV adoption and significantly improve the day to day life of EV drivers going forward. I commend these operators for their leadership to date in deploying charging infrastructure and would welcome any decision by them to take action on this issue.”

This letter comes eight months after the Renewable Energy Association (REA) published its report on The Interoperability of Public Charging Infrastructure in the UK, which says that greater collaboration between networks is needed if the UK is to achieve the Government’s goal of building one of the best charging infrastructure networks in the world. The report advocates for the industry to be able to coordinate public charging regulation themselves, but the Government has made it clear that it will intervene if the market does not deliver a ‘a good deal for consumers’.

The REA says the report has spurred multiple operators to sign up to roaming hubs or make direct agreements between each other. Last month saw a number of charge point networks announce a roaming deal that will provide drivers with easier access to charge points by the end of 2019. The deal between Allego, EVBox and NewMotion, Chargemap, ChargePoint, Charge4Europe, Engenie, Franklin Energy and Travelcard will mean that drivers only need to be a member of one of the services to gain access to the firms’ full EV charging infrastructures. However, while other networks have been invited to join, no further announcements have yet been made.

Commenting on the letter from Matt Weston, Daniel Brown, policy manager and EV Lead at the REA, said: “The public EV charging industry presently has an opportunity to collaborate amongst itself and define how it wants to tackle the issue of interoperability. However, as this is a foundational issue for this sector it isn’t going to resolve itself on its own and without credible progress we risk Governmental and political intervention. It is excellent to hear of the agreements that have been signed between operators to date and we hope to see further industry-led progress in the coming months.”