The mayor of Munich, Dieter Reiter, has stated his intention to adopt a ban on all diesel vehicles, minus Euro 6 models, as he sees “no other way” to address illegal air pollution in the region. 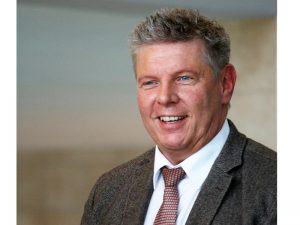 The move follows a court judgment ordering the city to improve its air quality plans, the result of legal action pursued by Deutsche Umwelthilfe (DUH) and ClientEarth.

There is a legal question in Germany about who is ‘allowed’ to implement diesel bans – particularly regarding if the responsibility lies at federal or regional level. This will be decided in a court case (date unknown) in Leipzig later this year.

However, even if the court decides it’s a federal issue, Reiter has announced he will liaise with the competent authorities to make sure the diesel ban goes ahead.

In response, environmental lawyers welcomed the move, but warned that excluding Euro 6 vehicles from the ban will present its own set of problems.

Jürgen Resch, CEO of Deutsche Umwelthilfe, said: “The diesel ban in Munich should actually apply to most Euro 6 diesel vehicles. Current measurements show even the latest models chart record emissions of toxic nitrogen dioxide. Often these newer models are many times more polluting than 10-year-old Euro 4 diesels. If the Bavarian government really intends to exempt Euro 6 diesel vehicles from the ban, we will address this in our ongoing legal action.”

ClientEarth CEO James Thornton added: “Announcing a diesel ban is progress – Munich is heading in the right direction. Diesel vehicles are the main culprit for the high levels of nitrogen dioxide pollution that chokes our towns and cities. However, more ambition is needed. Authorities must be bolder and face up to the realities of Euro 6 vehicle emissions.”

DUH plans to release new data in the coming days about the true extent of pollution from Euro 6 vehicles. Mr Resch added: “The vast majority of the Euro 6 diesels currently in circulation are many times over the legal limit for nitrogen oxides (NOx). Those who want to keep driving in cities must under no circumstances buy a diesel car.”

Previous: BlueCity EV sharing scheme launches in London
Next: Free Brake webinar to look at benefits of switching to ULEVs