National Grid: only 8% rise in peak energy demand by 2040

Charging the UK’s electric vehicle fleet in 2040 would only require a 5GW increase in peak energy demand – six times lower than some news reports have suggested, according to the National Grid. 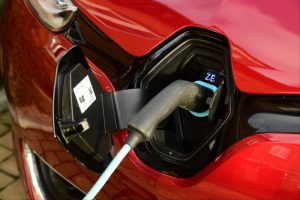 The utility company has released a document addressing recent coverage of the DEFRA proposal to end the sale of conventional petrol and diesel vehicles by 2040, saying data from its Future Energy Scenarios (FES) have been taken out of context or cited incorrectly.

It said some reports had suggested an extra 30GW of energy would be needed during peak times, a 50% uplift on today’s 61GW peak requirements, which would require significant investment in new power stations. This is based on a FES which assumes every vehicle in the UK is electric, and charged at the same time, which it explained is a worst-case scenario.

The National Grid sees a more realistic situation where most vehicles will be fully electric by 2040, but said widespread use of smart chargers to balance the load, and tariffs to incentivise off-peak use, would mean not everyone would be charging at the same time. It also expects that not everyone will be able to charge at home, due to a lack of off-street parking.

Grid output averages at 38GW through the year, but with peaks and troughs through the day. At peak times – 17:30 during the winter, where homes are heated and lit but workplaces haven’t shut down yet – this can rise to 61GW, and there must be capacity for this.

Based on what the National Grid sees as the most realistic scenario, peak demand will only increase 5GW (around 8%) rather than the 30GW reported in the press.