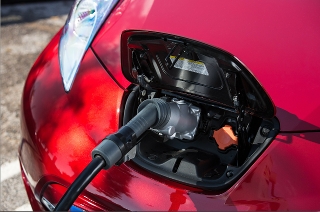 The research, conducted on behalf of the Low Carbon Vehicle Partnership (LowCVP), also found that 14% of respondents to the survey of experts already drive a hybrid or battery electric vehicle.

The LowCVP survey results were announced alongside the results of a larger AA Populus poll of mainstream motorists at today’s (24 June) LowCVP Annual Conference in Westminster.

In the much longer term (beyond 20 years), a majority of respondents to the LowCVP survey expected that they would be driving a vehicle powered by hydrogen.

As expected, most respondents to the survey currently drive a car powered either by petrol or diesel and over 75% expect these to provide the mainstay of road transport fuel for some time to come, with hybrid versions taking an increasing share.

The 303 survey respondents answered the questions on an individual basis but mainly they work for organisations that are members or associates of the LowCVP; a multi-stakeholder Partnership involving government, motor and energy industries, NGOs, academics, road user groups and others, working to accelerate the shift to low carbon vehicles and fuels in the UK.

Most (84%) respondents think that the uptake of low carbon vehicles will be greatest in urban/city areas, with only 14% thinking that uptake will be similar in urban and rural areas.

Andy Eastlake, LowCVP’s managing director, said: “The survey results show that the LowCVP’s project and programme activities are focusing on the right areas, but that there is still a great deal of work to do.

“It also shows that there are a wide range of technologies which expert stakeholders think could play a part in the future. It’s important, I think, that policy focuses on cutting carbon and remains as ‘technology neutral’ as possible, to allow this variety to thrive.”