Majority of second cars could be electric vehicles, claims the AA 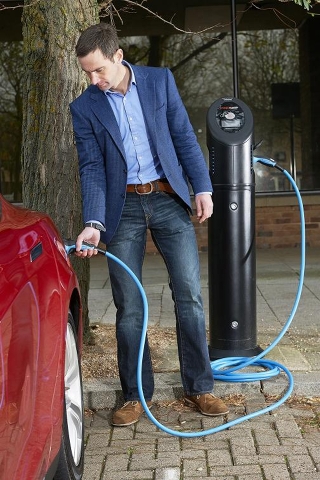 In his presentation ‘Can we electrify mainstream motoring?’, King made the connection between the realities of family car use and how second cars could relatively easily be electric vehicles.

According to a recent study conducted by the AA:

It is also estimated that 2.5 million second cars could become electric vehicles with home charging and, more importantly, wouldn’t need to be charged away from home.

Commenting on the issue, Edmund King added: "Electric vehicle range anxiety demands a different approach. We must look where EVs might work, instead of trying to shoehorn them into travel patterns for which they are currently not best suited. Even though the purchasing power and volume discounts of car fleets traditionally create a gateway for introducing new but initially expensive technologies, it hasn't taken off with electric vehicles.

“Family spending on the car tends to favour the bigger family car and/or the ‘first’ car, usually the commuting or work vehicle. The AA argues that families should consider diverting more of their available car purchase funds into the second car, and make savings on their budgets. As the second car tends to be smaller, the cost of the switch becomes more affordable.

“Financial incentives could help the change in mind-set, such as a scrappage scheme tailored (by size, age and cost at new) to replace the second car with an electric vehicle. Alternatively, when a family purchases a new larger car, manufacturers might offer a significant price reduction on a small electric vehicle should that family decide to change the second car within a matter of months,” he added.

Previous: Nearly half of EV stakeholders expect next car to be electric or plug-in hybrid
Next: Tesla owners clocks up over a billion emission-free miles