Peugeot has revealed its new 2008, which will debut the e-2008 variant – following hot on the heels of the e-208 and marking its first-ever electric SUV. 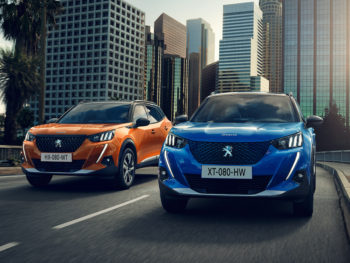 The new 2008 will gain its first-ever fully electric model, hot on the heels of the launch of the e-208

Powered by a 100kW electric motor and 50kWh battery, the e-2008 has an official WLTP range of 193 miles. It’s capable of supporting 100kW rapid charging technology, giving an 80% charge in 30 minutes, while a full charge using conventional 7.4kW and 11kW fast chargers will take between eight hours and five hours.

It also comes backed up by the MyPeugeot app, which enables owners to pre-set the charging times, heating and air conditioning as well as check current charge level remotely while two levels of energy recovery will be offered, offering the driver between a more standard petrol or diesel driving experience or increased regenerative braking.

Peugeot will also use the launch of the e-2008 to launch its electric-focused service, which brings support with charging solutions and a public charge offering via Free2Move Services, including a charge pass giving access to public charging points across Europe. Services also on offer include driver e-coaching, a trip planner that accounts for en route charging stations and a ‘Mobility Pass’ to give access to rental of a petrol or diesel model when needed. Meanwhile a battery capacity certificate is intended to facilitate vehicle resale with a guarantee of the vehicle’s battery charge capacity.

The new 2008 will also offer three petrol and one diesel engines, comprising the three-cylinder 1.2 PureTech petrol engine with 100, 130hp or 155hp (the latter in GT Trim only) and the four-cylinder 100hp 1.5 BlueHDi diesel. The 100hp PureTech, along with the diesel, gets a six-speed manual with the 130 PureTech offered with six-speed manual or eight-speed automatic and solely an eight-speed auto for the 155 PureTech.

Other changes for the new 2008 include a new platform, using Peugeot’s new Common Modular Platform (CMP) also  being used for the forthcoming 208, giving increased length, while boot space stands at 360 litres for all models. As the 50kWh battery on the e-2008 is located under the floor, there’s no compromise to boot or interior space.

The new 2008 SUV also features Peugeot’s latest 3D i-Cockpit with hologram technology and a head-up display while the centre console comes with a 10-inch colour touchscreen (depending on trim), with TomTomTraffic connected 3D Navigation. All models will also come standard with MirrorScreen, enabling MirrorLink, Apple CarPlay and Android Auto connectivity.