The new Opel Ampera-e electric car, which debuts at the Paris Motor Show this month, won’t make it to the UK in its current model, Vauxhall has confirmed. 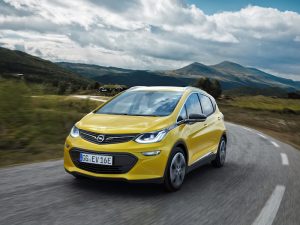 The new Opel Ampera-e won’t be engineered for the UK in its current model, Vauxhall has said

Although the new model goes on sale in European markets from 2017 in left-hand drive format and badged as an Opel, Vauxhall has said that the option of right-hand drive versions will only be available for future models. It added that it is currently undertaking trials to assess the importance of the UK market.

“Vauxhall is committed to having a future EV presence in its range,” said Rory Harvey, Vauxhall’s chairman and managing director. “The technology which underpins the new Ampera-e is of great interest to us, and we will be evaluating LHD cars from next spring and demonstrating them to clients. The fact that Ampera-e is not an eco-luxury or second car for customers broadens its appeal greatly, but it’s obviously vital that the car we sell in our market is right-hand-drive, and that won’t be available in the current generation.”

According to provisional figures, the new Ampera-e has an electric-only range that can exceed 250 miles without recharging on the NEDC cycle while under average, everyday conditions Vauxhall says it can still achieve a range of over 185 miles.

It also offers space for five people along with a 381-litre boot.