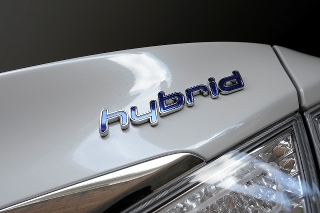 Conducted in May, the survey of 2,225 U.S. adults showed 48% of current or anticipated car owners are considering a conventional hybrid when they buy their next vehicle – identical to 2013’s results.

Plug-ins are slightly higher on buyers’ agendas than they were two years ago. In 2013, 27% said they’d consider a plug-in hybrid, and 19% would consider a fully electric car – that compares to 29% and 21% in this latest survey.

By comparison, 35% said they would consider a smaller petrol vehicle to save on operating costs, and electromobility is more likely to be on buyers’ consideration lists than diesel. Only 19% said they would look into a diesel car when they bought their next one.

When asked what the main concerns were, price (67%), range (64%) and repair and maintenance costs (58%) were the top results. Across the board, Milennials were the most likely to consider alternative drivetrains.

The results are reflected by overall sales in the United States, the company said. Although 2013 and 2014 sales for hybrid and electric vehicles have exceeded the half-million mark and 2015 is likely to do the same, the 3% share of total vehicle registrations is identical to 2012.