Nine in 10 fleets plan to go electric in next decade

The majority of fleets are looking to go electric in the next 10 years, driven by rising government pressure as well as advances in technology. 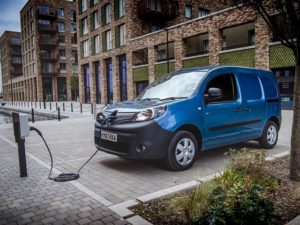 The research, carried out by global telematics specialist Geotab among 250 UK fleet managers, found that most (89%) expect electric vehicles to play a dominant role in their operations before 2028 – up from the 46% who don’t run any EVs at the moment while  around one in six (16%) have a fleet that is currently made up of 26-50% electric vehicles.

Fleets’ own targets for EV take-up sit broadly in line with the Government’s ambition that by 2030, at least 50% – and as many as 70% – of new car sales will be ultra-low emission, alongside up to 40% of new vans. This was outlined in this summer’s Road to Zero Strategy, which builds on ambitions reiterated in the clean air strategy last summer that the sale of ‘conventional’ petrol and diesel vehicles would be banned from 2040 and follows ongoing calls for the target to be brought forwards.

Although the Road to Zero Strategy shows the Government thinks there will be something else driving the shift to such vehicles instead of political pressure – namely, technology and market developments, the Geotab research finds an overwhelming majority of fleet managers (88%) anticipate the Government to bring in regulations regarding the implementation of EV fleets, ramping up the pressure.

Other key motivations for switching to a fully electric fleet include government incentives (48%), improvements in charging infrastructure (48%) and an improved selection of models (32%).

And nearly a third (31%) said that improved OPEX would be a major motivator in the transition to an EV fleet, aligning with improved CAPEX (31%).

Geotab’s analysis also found more than 98% of all respondents can see benefits to electrifying their fleets. More than half (59%) say the main advantage lies in the environmental impact, followed by increasing fuel costs (46%) and potential cost reductions in the operation, maintenance and upkeep of fleets (42%)

On the downside, the research shows fleet managers are still facing major barriers when it comes to deploying EVs, including high vehicle costs, long charging times and the low distance range of today’s vehicles.

“These survey results help to demonstrate that the government’s call for an EV future is not something businesses are taking lightly,” said Edward Kulperger, VP Europe at Geotab. “With most fleet leaders looking to have a fully EV-dependent fleet over the next few years, it’s no longer a question of if, but rather how soon a complete overhaul can take place.”

“Based upon the outcome of this survey, it’s clear that businesses and fleets feel they now need additional government initiatives and smart updates to critical infrastructure across the UK. If this can be made a priority, as a nation, Geotab is confident that the UK can take a spot as one of the most innovative global leaders trying to help push the widespread adoption of green transportation in the coming years,” he concluded.