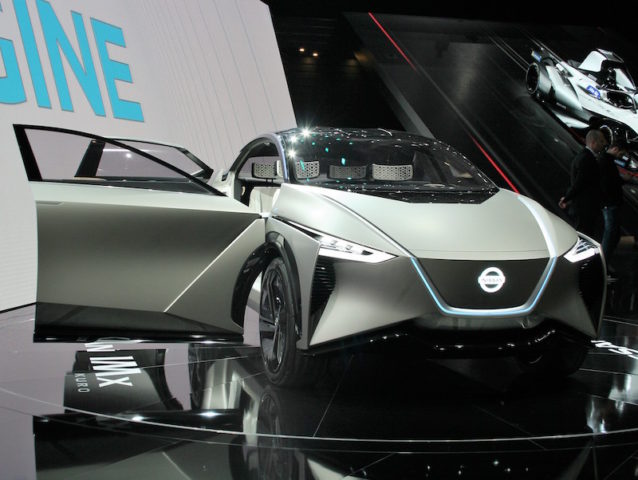 Nissan has unveiled an upgraded version of its IMx electric crossover concept, featuring a new look and Brain-to-Vehicle (B2V) technology. 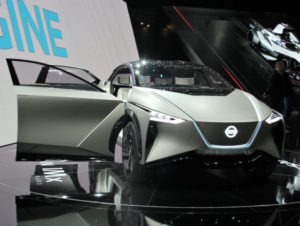 Previously shown at the Tokyo Motor Show in October 2017 as the IMx, the zero-emission concept features Nissan’s new electric vehicle platform, which is designed to bring a completely flat floor, enhancing cabin space and driving dynamics. The drivetrain features a pair of high-output electric motors at the front and rear, bringing a combined 320kW of power and all-wheel-drive capability. The high-capacity battery brings a claimed range of more than 600km (373 miles) on a single charge.

Upgrades on the new IMx Kuro concept include Nissan’s B2V system. This works alongside a future version of Nissan’s ProPilot technology, which provides fully autonomous operation, and can read and interpret the driver’s brain waves, assisting with manual driving and speeding up reaction times– for example on braking – while also adjusting autonomous driving if the driver is showing signs of discomfort.

Previous: 250-miles range in 15 minutes promised by Porsche’s new EV
Next: Oxford could ban petrol and diesel by 2020