Oxford could ban petrol and diesel by 2020

Oxford City Council is pushing ahead with plans to ban petrol and diesel cars from the city centre by the end of the decade, saying it is now hopeful that it can get the funding to support it. 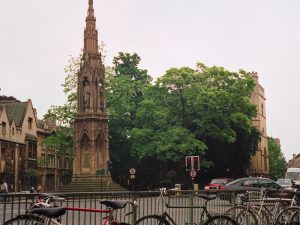 The Zero Emission Zone would go live from 2020.

Outlined last summer, the Zero Emission Zone is aimed at curbing illegal levels of nitrogen dioxide in the city, setting out a specific area of the centre where cars, taxis, LCVs and buses can’t go without fully electric, extended-range electric or plug-in hybrid drivetrains. The proposal is to widen the boundary in 2025 and 2030, in line with growing electric ranges, before encompassing HGVs from 2035.

In its Air Quality Plan published early last summer, Defra said that the city would meet legal limits on air pollution by 2019 without any further action or measures – in direct contrast to the City Council’s own air quality monitoring data. The Government assessment meant Oxford was unlikely to receive significant additional funding to tackle air pollution in the city, which is currently at 152.5% of legal limits in the worst affected street, St Clement’s Street.

However, following the recent High Court ruling that the Government’s plan to tackle illegal levels of toxic air pollution across the UK is unlawful, the council has said it’s hopeful of getting funding to put the plans into action. The ruling said the failure to require action from 45 ‘marginal local authorities’ was unlawful, ordering ministers to require 33 of the local authorities, including Oxford City Council, to investigate and identify measures to tackle illegal levels of pollution as soon as possible – a further 12 authorities are projected to be legal by the end of 2018.

Since then the Government has now said it will take a more formal approach with the marginal local authorities and has held a meeting with the authorities in question, which saw Defra announce that it intends to use Ministerial Directions – a rarely-used technical power – to formally mandate the local authorities to investigate and identify measures to tackle air pollution in their areas, with the aim to “identify any additional measures that could bring forward compliance with nitrogen dioxide limits as soon as possible”.

The Government has also said: “We will be making immediate mobilisation of funding to help the development of these local feasibility studies. We will also provide funding to support measures identified that would bring forward compliance.”

Councillor John Tanner, Executive Board Member for a Clean and Green Oxford, said: “We are pleased that the Government has finally woken up to the public health crisis that is taking place in Oxford, and we look forward to working much more closely with them going forward.

“We hope that this decision means the Government will provide us with funding to enable the world’s first Zero Emission to happen – and to go even further on restricting high-emitting vehicles from the city, installing electric vehicle charging points and, ultimately, cleaning up Oxford’s air.”