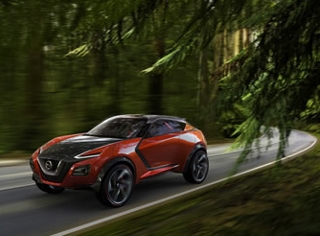 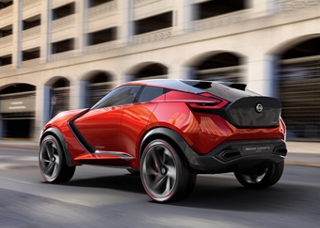 The radical 2+2 sports crossover uses an extended-range set-up with a small – actual size hasn’t been announced – petrol engine to power the electric motor found in the Nissan LEAF, giving an output of 80kW and 254Nm.

Although Nissan has said that concept is not seen as a direct replacement for either of the Qashqai or Juke, the study looks likely to preview some of the styling for the latter whilst an adaptation of the Gripz’ Series Hybrid powertrain is believed to be on the cards too.

Previous: Renault to supply technology for 2016 smart fortwo and forfour EVs
Next: Take-up of ultra-low emission vehicles up 19% in Q2 2015