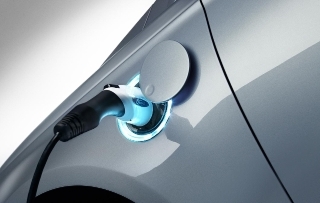 There are seven award categories, covering areas ranging from cars to innovation, from fuels to publication.

The LowCVP Champions Awards will be presented at a gala dinner to be held in Milton Keynes, beginning in the early evening of 9 September. This year’s venue will be announced shortly.

The awards are being held alongside Cenex’s LCV2015 Event (Millbrook, 9-10 September), which will showcase low carbon vehicles and fuels.

This year’s award categories are:

The LowCVP Awards winners will be assessed by a panel of expert judges drawn from the LowCVP's wide range of stakeholder organisations. Awards are for contribution to the low carbon road transport agenda since January 2014.

Shortlisted nominations will receive a complimentary place for a representative at the LCV2015 dinner, courtesy of the LowCVP. Andy Eastlake, the LowCVP’s managing director, said: “The UK’s low carbon automotive sector is now one of the most vibrant parts of the British economy, contributing to jobs, exports and growth.

“The LowCVP Low Carbon Champions Awards are the opportunity to celebrate these and the wider range of contributions from fuels and energy, innovations and initiatives and even research and publications, all of whom deserve recognition for the low carbon success story. We look forward to receiving their nominations.”

The deadline for nominations is Friday 15 May 2015. Enter now using the form on the LowCVP website.
The headline sponsor for the Awards once again is Millbrook and three of the Awards categories already have confirmed sponsors – including, EDF Energy and Bosch Group. The LowCVP is interested in hearing from potential sponsors of other 2015 Awards categories. All sponsors will receive a guaranteed table (seating eight people) at the event.