Norway leading the charge for EVs 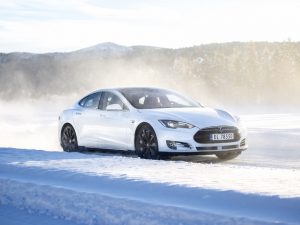 Norway has over 100,000 electric vehicles on its roads.

It probably wouldn’t be too rash to predict that the era of electric vehicles will soon be upon us. But fleet managers who think of jumping on the bandwagon early may be concerned about the patchy charging infrastructure that exists today. Norway may provide an example of how things are likely to develop.

Norway now has more than 100,000 electric vehicles on the road, in a country of 5 million people. Last year, 23% of new vehicle registrations were electric vehicles. This is in no small part due to their increasing use as fleet vehicles, for instance as taxis, delivery vehicles or for use by tradespeople such as electricians.

To get to this point, the government has used incentives such as zero VAT, free parking and exemption from congestion charges for electric vehicles. Another important influence is increased environmental awareness among corporate clients. If your company is certified to ISO 14001, you don’t want suppliers delivering goods with belching diesel vehicles, as it all counts towards your CO2 footprint. This has created a niche for environmentally friendly transport.

All these electric cars need somewhere to charge. Fleet vehicles tend to run their services out and back to base, so normally there should be little need for charging while on the road. With load balancing, up to eight times more electric vehicles can be charged back at base, compared to standard charging. Load balancing also ensures the vehicles are charged safely and at the correct rate without overloading the electricity supply; electric vehicles need a lot of power compared to other devices, so you want to be able to charge them without having to rewire the parking garage. Some chargers can prioritise between the vehicles connected, ensuring that frequently used service vehicles are always charged.

Should there be a requirement to charge whilst on the road, Norway shows the way in this case too. With increasing volumes of electric vehicles around, commercial operators are developing sites for charge points that can be paid monthly or by the minute and which can often be booked in advance. The astute fleet manager will map charge points along the routes and make a charge plan.

Sweden is now following in the footsteps of Norway, with financial incentives for organisations wishing to install charge stations. Incentives similar to the ones in Norway are also being introduced in Germany. With a market over ten times the size of Norway’s, this could create a market with serious volumes, assuming that the German market follows a similar trajectory to the one in Norway.

So, as Norway is showing the way for the rest of us, what’s next in that market? Well, new registrations of petrol and diesel vehicles will be stopped from 2025. Bad news for petrolheads, but good news for all of us who believe in an infinitely more sensible transport system.

Patrik Lindergren is co-founder and MD of Swedish company Chargestorm, a company that manufactures smart charge stations and a leading supplier in the Nordic market. He also sits on the committee for EU directive 2014/94, on the deployment of alternative fuels infrastructure.