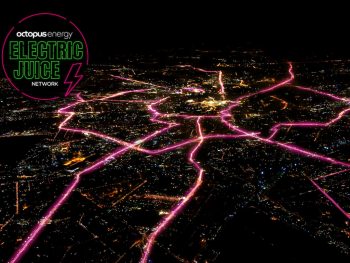 It means customers of Electric Juice will have access to chargers at popular destinations and service stations across the UK and mainland Europe, including rapid chargers from Shell Recharge at service stations.

The latest expansion of the Electric Juice Network comes hot on the heels of last month’s announcement of Ionity joining. Other integrated charge point operators include Char.gy, Hubsta, Alfa Power, Franklin Energy LiFe, Plug-N-Go and Osprey, who all joined the EJN in its first year. Further networks will follow.

As well as streamlining access to charge points, the expansion of the EJN roaming network simplifies payment for Octopus Energy customers, who are now able to pay with their Octopus Energy account across the participating charging networks, with all costs appearing on a single bill.

The new deal also supports Octopus Energy’s plans for expansion in Europe. Germany – where the business recently set up an international office – is a particular focus.

Zoisa North-Bond, CEO of Electric Juice, commented: “By offering access to Shell Recharge and NewMotion public charge points via the Electric Juice Network, our plans for mainland Europe are becoming even more tangible. Europe’s transport sector needs to decarbonise quickly. Collaborating with more partners helps create better access to charging infrastructure, which makes it easier for petrol car drivers to consider electric vehicles and simplifies the whole process for current EV drivers. NewMotion provides the EJN customers with rapid charging at Shell Recharge on the motorway and the inner city coverage of the network means EV drivers have more flexibility than they’ve enjoyed before.”