Paris to incentivise ULEVs to eliminate petrols and diesels by 2030

Paris Mayor Anne Hidalgo has outlined plans to eliminate petrol and diesel vehicles in the city by 2030 – with incentives on ULEVs to play a crucial role rather than an actual ban. 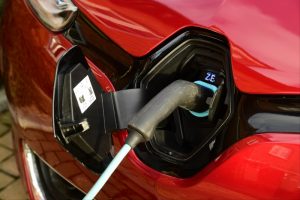 Paris is looking to eliminate petrol and diesel cars by 2030 by incentivising ULEVs.

Despite media reports claiming that the city is planning to ban diesel and petrol vehicles in 2030, tweets from Ms Hidalgo and an announcement on the city’s official website have spelled out that there is no prohibition or sanction scheduled in the new Climate Plan Air Énergie Territorial de Paris but a plan to develop long-term solutions that will put an end to the use of diesel engines in Paris in 2024 and petrols in 2030.

Such solutions will cover investments in the development of alternatives to petrol and diesel and deploying incentives to enable drivers to make the switch.

The plan is to make Paris a carbon-neutral city by 2050.

The proposals fit in with wider plans within the country. Earlier this year, France’s recently appointed environmental minister said the country will ban the sale of petrol and diesel cars by 2040, with the Climate Plan notably banning the sale of all vehicles that emit greenhouse gases – including hybrid, plug-in hybrid and range-extended electric vehicles as well as conventional petrol or diesel models.

France is aiming to become carbon-neutral by 2050, and the Climate Plan has been devised to accelerate the country’s commitments under the United Nations Paris Agreement on Climate Change.For more of the latest industry news, click here.