Shell has signed a deal to buy NewMotion, one of Europe’s largest electric vehicle charging providers, as it looks to ramp up its charging proposition. 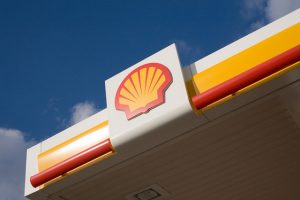 Shell’s first forecourt EV chargers in the UK will go live by the end of 2017.

Although Shell is currently in the process of rolling out fast charging points on its forecourt network, the acquisition will expand its offering to cover workplace and home charging points.

Based in the Netherlands, NewMotion operates more than 30,000 private electric charge points for homes and businesses including in the UK, and offers access to a network of more than 50,000 public charge points across 25 European countries.

Shell’s vice president for new fuels, Matthew Tipper, said: “This move provides customers the flexibility to charge their electric vehicles at home, work and on the go. When you add this customer offer to our current roll-out of fast charging points on Shell forecourts, we believe we are developing the full raft of charge solutions required to support the future of EVs.”

The deal will see NewMotion become a wholly owned subsidiary of Shell and will operate as usual.

Earlier this year, Shell announced that selected service stations in the UK and Netherlands are to gain rapid charging points for electric vehicles, due to go live by the end of 2017 in partnership with Dutch charging point manufacturer, Allego.

The announcement followed this year’s Queen’s Speech, which revealed that motorway service stations and large fuel retailers will be required to install EV charge points under new legislation. The Automated and Electric Vehicles Bill sets out a number of measures including moving towards a set of common technical and operational standards for EV charging, such as common connectors and accessibility, in line with government plans for “almost every car and van to be zero-emission by 2050.”

Shell also opened its first hydrogen refuelling station in the UK this year, based at its Cobham service station on the M25.

Previous: Chargemaster ties up with Q-Park to offer EV parking discounts
Next: Paris to incentivise ULEVs to eliminate petrols and diesels by 2030