Fleets must rapidly advance their electric vehicle plans to ensure they’re ready for government plans to end new petrol, diesel and hybrid car and van sales by 2035 or even sooner. 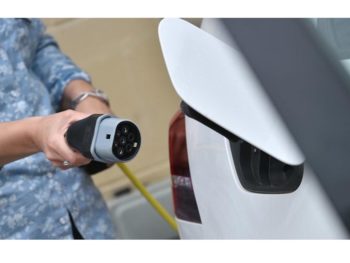 Fleets must start planning now for the transition to EVs, says Arval

Pointing out that this date is in effect just three vehicle replacement cycles away for those operating on four-year changeovers, Arval has said fleets must act now to ensure they’re ready in time – particularly as the planned ban could even take effect as soon as 2032 and include hybrids under the current consultation.

And it’s the latter that Arval consultant, David Watts says is perhaps the most important point that fleets need to factor in.

“Many fleets were operating on the assumption that the ongoing availability of hybrids would give them more time to make the transition to full battery electric vehicles. Now that will happen much sooner,” he outlined.

“What this means is that fleets need structured and progressive plans that move them into EVs by the 2035 deadline or ideally, even sooner – particularly following Grant Shapps’ recent comment that the ban may come as early as 2032. Customers are already talking to us about how they can achieve this. It is fair to say that everyone is feeling much more focused.”

Watts added that, while EV penetration into its leased fleet had been growing steadily over the last couple of years, there has been a rapid increase in the latter half of 2019 which is expected to continue, with the 0% Benefit-in-Kind taxation level – due to be rubberstamped in the March Budget ahead of its introduction on 6 April 2020.

He also pointed out that a wave of new numbers arrive this year, bringing more relevant company car choices compared to EVs to date.

“What all of this means is that many of the perceived hurdles that have stood in the way of EV adoption, from lack of model choice to range anxiety to cost, are starting to fall away rapidly and fleets are responding by showing massively increased interest.

“Of course, some issues remain – for example, the charging infrastructure requires ongoing investment on a national scale – but the Government’s recent commitment to double funding for residential charge points, in addition to the 2035 ban, means that increased EV uptake is perhaps now almost inevitable,” he continued.