Certainty is needed on the UK’s vital Plug-In Car and Van Grants to ensure zero-emission road transport ambitions are met. 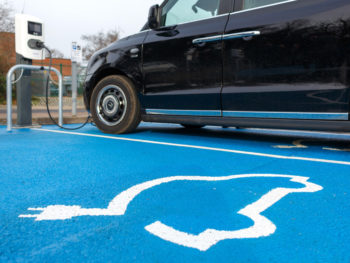 That’s the message from more than 20 automotive, environmental, EV charging and fleet organisations, including the BVRLA, ACFO, Royal Mail and Fleet World, as they urge for the next Government to pledge their continued support for the Plug-in Car and Van Grants.

Although the manifestos from the three main political parties included some quite radical approaches to greening transport (see round-up here), they make no mention of continuing the plug-in grants, leaving the future of these incentives up in the air.

There are currently no concrete plans to continue these grants beyond next year – an announcement was expected in the Spending Review but was conspicuous by its absence while hopes for clarity in the Budget were thwarted when Parliament shut for a five-week general election campaign.

Now, a joint letter sent to the main party leaders puts out a clear message from the industry that the next Government must provide certainty around the status and lifespan of the vital Plug-In Car and Van Grants, furthering comments already made by the BVRLA in its 2019 Manifesto.

Business fleets buy more than 50% of all new vehicles sold each year, including the majority of electric vehicles. With the right support from the Government, this figure will increase. But changes to the grant, in particular suddenly axing any incentives, could take its toll on fleet EV uptake.

This has already been shown by last October’s removal of the grant for PHEVs. Since then, PHEV registrations have fallen significantly; latest SMMT figures for the first 11 months of 2019 show they’re down 21.5%.

Commenting on the need for plug-in grant certainty, BVRLA chief executive, Gerry Keaney said: “Waiting times for some of the most popular battery electric vehicles are already at nine or 12 months, and fleets need to know that the grant will still apply when the vehicle is delivered. Fleets are in a unique position to accelerate the shift to more sustainable road transport, but we need the right incentives in place and the plug-in grant is crucial.”

AA president, Edmund V King said: “The next Government must take the lead on averting the climate crisis and giving fleets tangible and long-term incentives to switch to EVs are essential catalysts for change. The cleaner company or fleet car of today soon becomes the greener used car of tomorrow.”